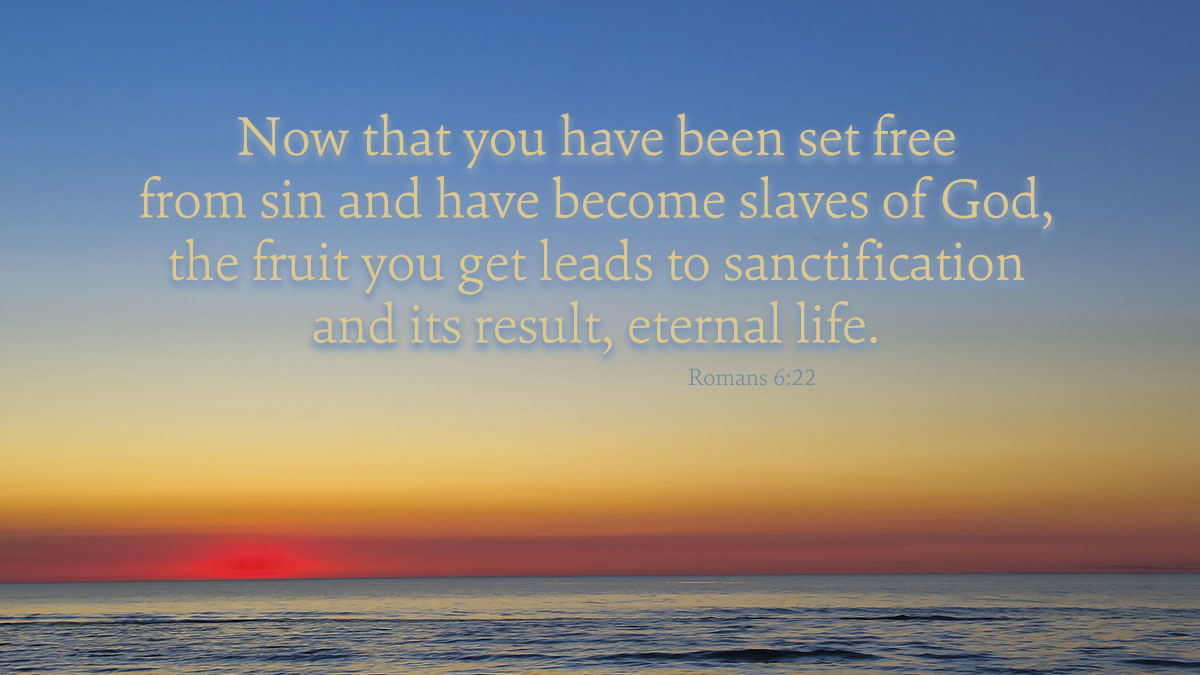 20 When you were slaves of sin, you were free in regard to righteousness. 21 But then what return did you get from the things of which you are now ashamed? The end of those things is death. 22 But now that you have been set free from sin and have become slaves of God, the return you get is sanctification and its end, eternal life. 23 For the wages of sin is death, but the free gift of God is eternal life in Christ Jesus our Lord.

Paul here contrasts the experience of the Romans in the two forms of service. He leaves it to them to determine which has been productive of benefit and which of injury, and to choose accordingly as to future service and obedience. Recall your manner of life when you were free from righteousness, he would say, and obeyed only the desires and enticements of sin. What pleasure or gain had you in it? None, except that for which you are now ashamed. Had you remained in it you would at last have found death. Only these two grand results — shame and death. Munificent reward indeed for him who, choosing freedom from righteousness, lives to his own pleasure. He is deceived into thinking he has chosen a highly desirable life, for it gratifies the fleshly desires, and he thinks to go unpunished.

But gratification is succeeded by two punishments: First, shame, confession of disgrace before God and the world. Thus Adam and Eve in Paradise, when they chose to violate God’s command and, enticed by the devil, followed their desire for a forbidden thing, were made to feel the disgrace for sin; they were ashamed in their hearts to appear in the presence of God. The other punishment is death and the fires of hell.

Is it not better, then, to be free from the service of sin and to serve righteousness? So doing, you would never suffer shame or injury, but would receive a double blessing: First, a clear conscience before God and all creatures, proof in itself that you live a holy life and belong to God; second and chief, the rich and incorruptible reward of eternal life.

In these observations Paul is speaking after the manner of men, in a way comprehended and accepted by reason, even without knowledge of Christ. It is universally true in the world that evildoers, thieves, murderers and the like, are punished in addition to the public disgrace they feel. Similarly, they who do good receive, in addition to the honor of men, all manner of happy reward.

Luther, Martin, and John Sander. Devotional Readings from Luther’s Works for Every Day of the Year. Augustana Book Concern, 1915, pp. 263–64.