The House of God
Scripture and a reading from Luther's sermons and devotional writings
Pastor Mark Ryman - September 14, 2022 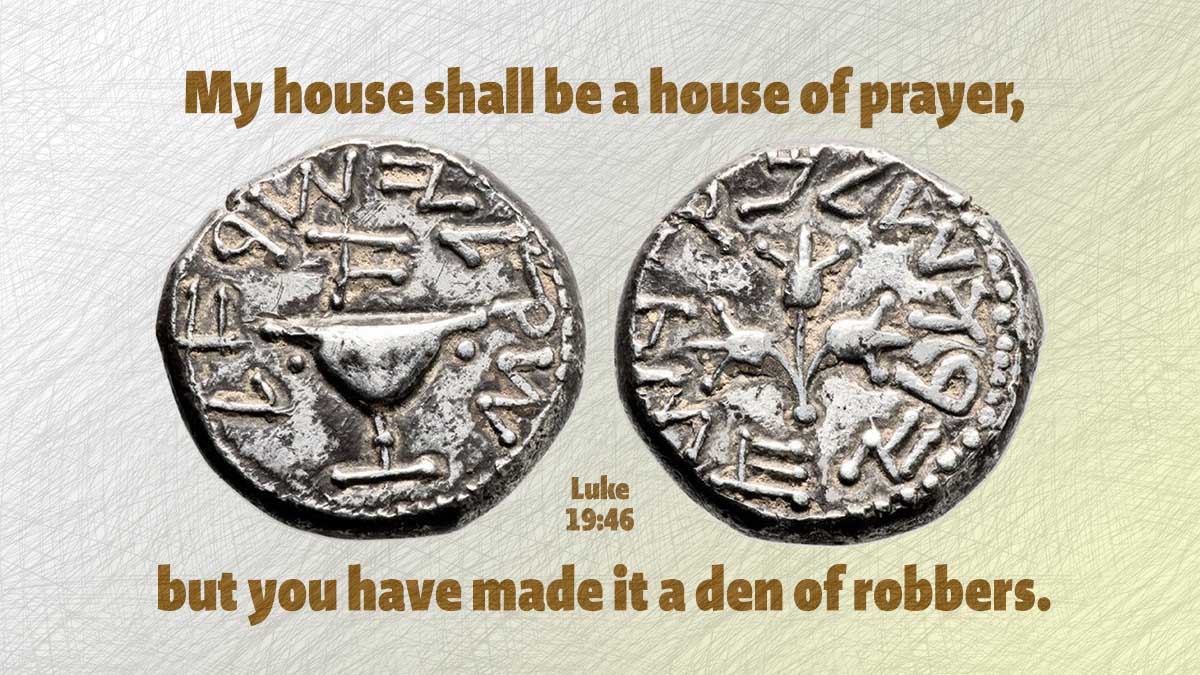 45 And he entered the temple and began to drive out those who sold, 46 saying to them, “It is written, ‘My house shall be a house of prayer’; but you have made it a den of robbers.”

Here the Lord tells us what the temple of God is: “My house shall be called a house of prayer for all people.” This is a strong passage. The words, “for all people,” “for all Gentiles,” is against the Jews, who trusted in the temple of God at Jerusalem, and thought that it was impossible for God to demolish this temple or destroy this city. They stoned Stephen, because he said, “Jesus shall destroy this place, and shall change the customs which Moses delivered to us.” But we must rightly understand this expression, that the city of Jerusalem, the temple and the people, should remain until the time of Christ. With this agree all the prophets, who have given all things into the hands of Christ; as he would then dispose of them, so it would be and remain.

It is true that God himself had established the temple at Jerusalem and had himself consecrated and sanctified it with his Word, when he said: This house is my house! for his Word was preached in it. Wherever God’s Word is preached, there is God’s own true house, there God most certainly dwells with his grace. Wherever his gospel is, there is a house of prayer, there men shall and may truly pray and God will also hear their prayer. But where the Word of God is not found, there the devil has full sway.

That we have imitated the Jews and have built so many churches would be well enough, if we had done it in order that the Word of God might be preached there; for where the Word goes there God is present and pours out his grace. But Jesus says to the Jews: You have made my house a den of thieves. Truly he gives it a scandalous name. But he does it because they no longer respect the house of God, but make it a market house. The priests did not inquire whether the Word of God was preached in it, although they sang and babbled and read the prophets and Moses. But God cares nothing for such babbling of psalms, and Christ is therefore justly angry at such a desecration of his temple by these bloated misers, who not only forsake the true worship of God, but trample it under their feet.

Luther, Martin, and John Sander. Devotional Readings from Luther’s Works for Every Day of the Year. Augustana Book Concern, 1915, pp. 325–26.