The Mark of God
Scripture and a reading from Luther's sermons and devotional writings
Pastor Mark Ryman - December 1, 2021 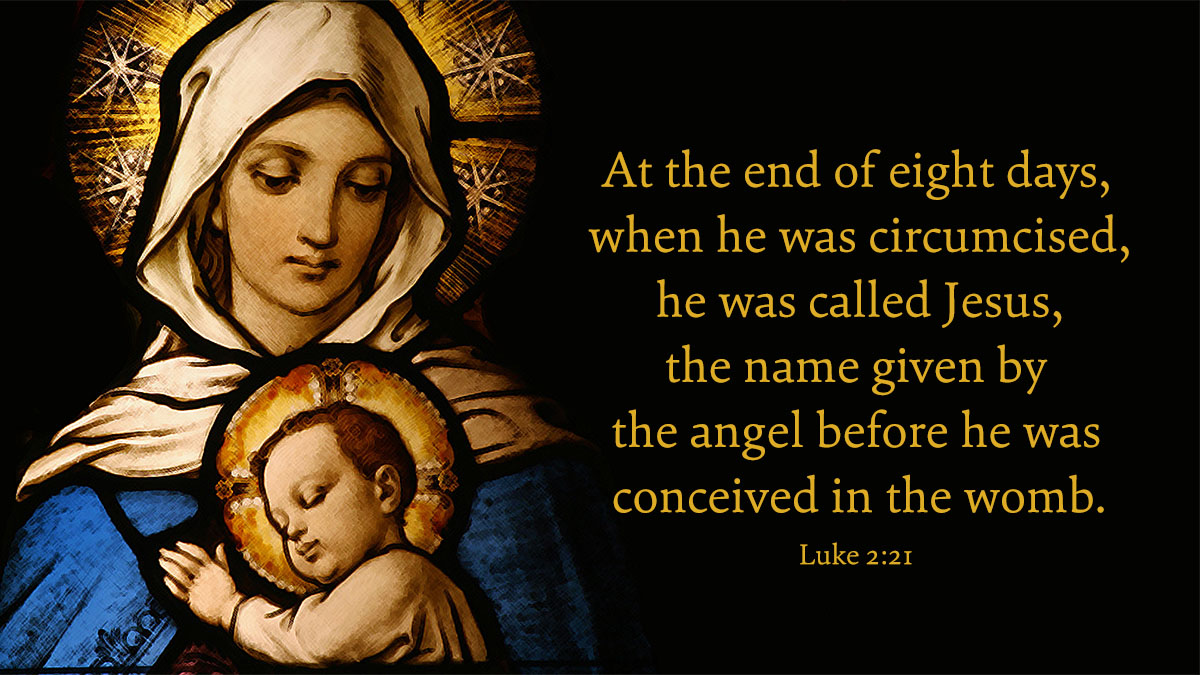 15 When the angels went away from them into heaven, the shepherds said to one another, “Let us go over to Bethlehem and see this thing that has happened, which the Lord has made known to us.” 16 And they went with haste, and found Mary and Joseph, and the babe lying in a manger. 17 And when they saw it they made known the saying which had been told them concerning this child; 18 and all who heard it wondered at what the shepherds told them. 19 But Mary kept all these things, pondering them in her heart. 20 And the shepherds returned, glorifying and praising God for all they had heard and seen, as it had been told them. 21 And at the end of eight days, when he was circumcised, he was called Jesus, the name given by the angel before he was conceived in the womb.

Circumcision was an external mark of God’s people, by which they were distinguished from other nations. God has never left his people without a mark or a sign, by which the world may know where his people are to be found. The Jews were known by circumcision, that was their divine mark. Our mark is baptism and the body of Christ. Where there is baptism, there are Christians, be they where they will in the world.

All this is immeasurably above and contrary to reason. If Abraham had followed reason he would not have believed that it was God who demanded circumcision. To our (natural) eyes it is such a foolish thing that there can scarcely be anything more absurd. The Jews had to endure great infamy and disgrace on account of it. But such are all God’s works and commandments, in order that haughty reason, which would be clever and wise, may be put to shame, may surrender its self-conceit and submit to God, and believe that whatver he appoints is most useful, honorable and wise. Thus we have baptism in the New Testament in order that we should cling to it in faith and believe that we are thereby cleansed from sin and saved. So the works and words of God are contrary to reason, and this, in turn, is contrary to God and recoils at the signs that are spoken against. In all this God seeks to bring man’s reason into captivity and make it subject to divine truth.

It was customary to give the child its name in circumcision, as we see here and in the case of John the Baptist. His name is rightly called Jesus, that is, Saviour; “for he shall save his people from their sins.” This comes to pass through faith, so that the naming of children signifies that by faith they have a name and are known to God. We are called Christians from him, are God’s children and have the superabundant riches of his goodness, that our hearts may be free, joyous, peaceable and unterrified.