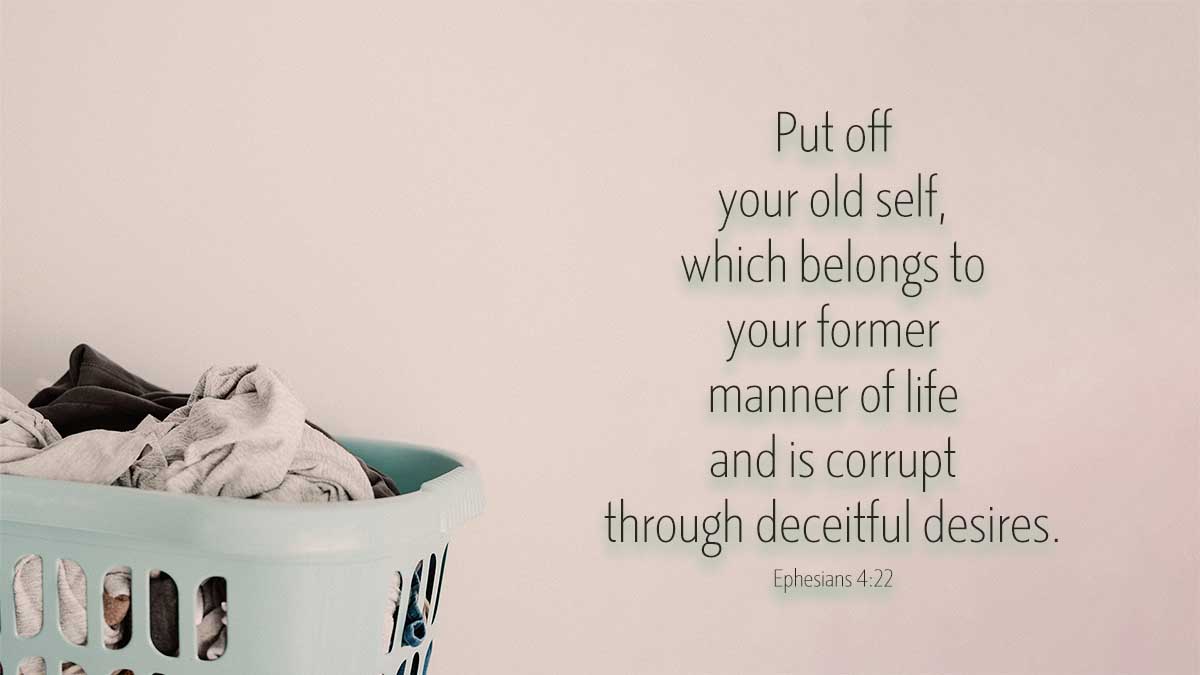 22 Put off your old nature which belongs to your former manner of life and is corrupt through deceitful lusts, 23 and be renewed in the spirit of your minds, 24 and put on the new nature, created after the likeness of God in true righteousness and holiness.

What Paul calls “the old man” is well known to us, namely, the whole nature of man as descended from Adam after his fall in paradise, being blinded by the devil, depraved in soul, not keeping God before the eyes, nor trusting him, yea, utterly regardless of God and the judgment day. He portrays the old man as given to error, coming short of the truth, knowing naught of the true knowledge of Christ and faith in him, indifferent alike to God’s wrath and God’s grace, deceiving himself in his own conceit that darkness is light.

Out of this error proceeds the other corruption, the lusts of the body, which are the fruits of unbelief. Unbelief causes men to walk in sinful security and yield to all the appetites of their flesh. Such have no inclination for what is good, nor do they aim to promote order, honor or virtue. They take desperate chances on their lives, wanting to live according to the lusts of their flesh and yet not be reprimanded.

This, says the apostle, is the old man’s course and nature. He will do naught but ruin himself. The longer continued, the greater his debasement. He draws down upon himself his own condemnation and penalty of body and soul; in proportion as he becomes unbelieving and hard-hearted, does he become haughty, hateful and faithless, and eventually a perfect scoundrel and villain. This was your former manner of life, when as yet you were heathen and non-Christian. Therefore you must by all means put off the old man and cast him far from you; otherwise you cannot remain a Christian, for glorying in the grace of God and the forgiveness of sin is inconsistent with following sin, remaining in the former unchristian life and walking in error and deceitful lusts. A life and walk of this nature is not becoming a Christian, who is regarded, and truly is, a different order of being from his former self. A Christian must take care that he deceive not himself; he differs from the hypocrite, who may honor God’s Word and the gospel, yet in reality he is unchanged. True Christians so live that it is apparent from their lives that they keep God before their eyes and truly believe the gospel.

Luther, Martin, and John Sander. Devotional Readings from Luther’s Works for Every Day of the Year. Augustana Book Concern, 1915, pp. 364–65.