The Power of the Resurrection
Scripture and a reading from Luther's sermons and devotional writings
Pastor Mark Ryman - July 23, 2022 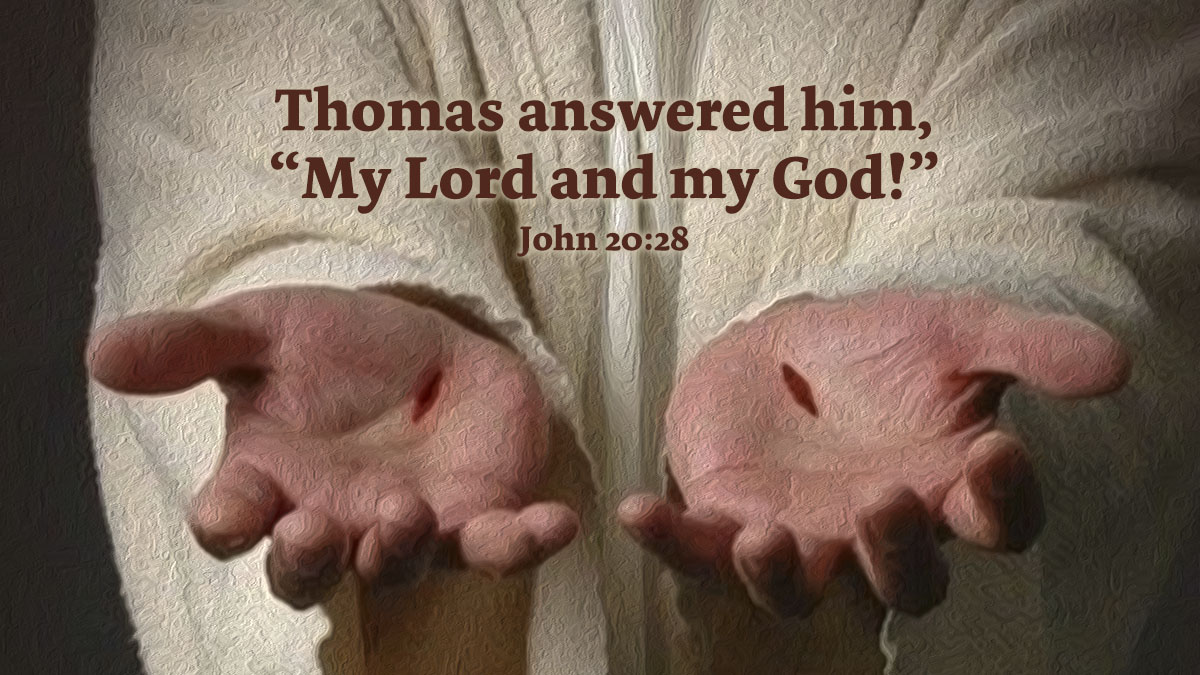 26 Eight days later, his disciples were again in the house, and Thomas was with them. The doors were shut, but Jesus came and stood among them, and said, “Peace be with you.” 27 Then he said to Thomas, “Put your finger here, and see my hands; and put out your hand, and place it in my side; do not be faithless, but believing.” 28 Thomas answered him, “My Lord and my God!” 29 Jesus said to him, “Have you believed because you have seen me? Blessed are those who have not seen and yet believe.”

This happened on the eighth day after the resurrection, when Thomas had maintained his unbelief in the face of the testimony of all the others, and no one had hoped that Christ would show himself in a special manner to Thomas. Just then Christ comes and shows him the same scars and wounds, as fresh as he had shown them to the other disciples eight days before, and tells him to reach hither his finger and hand and place them into the print of the nails and into his side.

Here you see that Christ is not satisfied to stop with the narrative; but he is concerned that Thomas becomes believing and is resurrected from his stubborn unbelief and sin. This is shown in a powerful way in that Thomas says, “My Lord and my God!” There is at once a different man, not the old Thomas as he was before, when he was so cold and stiff and dead in his unbelief. He commenced suddenly to deliver a glorious confession about Christ, the equal of which no apostle to that time had yet made, namely, that the person, the risen one, is true God and man. They are admirable words that he utters: “My Lord and my God!” He is not drunken, he is not jesting, nor mocking; he does not mean a false god; therefore he certainly does not tell a lie. Besides, he is not here chastised by Christ, but his faith is confirmed, and so it must be the truth and sincere.

It is by the power of the resurrection of Christ that Thomas, who was so deep and obdurate in unbelief, was so suddenly changed, became an entirely different man, who publicly and freely confesses that he not only believes that Christ is risen, but is also enlightened by the power of Christ’s resurrection so that he firmly believes and confesses that he, his Lord, is the true God and man; so he will also arise from the dead on the judgment day and live forever with him in indescribable glory and blessedness.

The leading thought for us to learn and retain from this passage is, that we believe that Christ’s resurrection is sure and that he works in us so that we be resurrected from sin and death. “Blessed are they that have not seen, and yet have believed.”

Luther, Martin, and John Sander. Devotional Readings from Luther’s Works for Every Day of the Year. Augustana Book Concern, 1915, pp. 260–61.