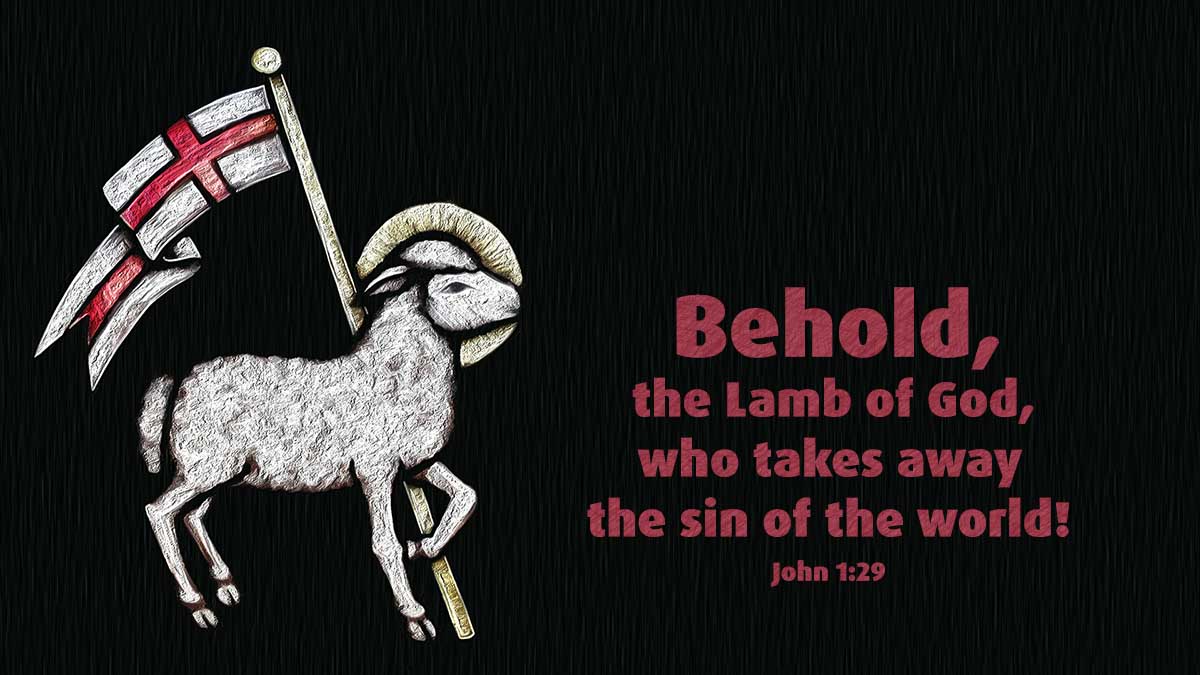 The next day he saw Jesus coming toward him, and said, “Behold, the Lamb of God, who takes away the sin of the world!

With reference to the forgiveness of sins let me say that you will not find anything in your heart with which you can pay them off, nor raise any funds for which God might recognize you and cancel the debt in the ledger. But if you seize Christ as the one who has become your substitute, who has taken your sin upon himself, and who has given himself with all his merit and worthiness for you, no sin can avail anything against you. If I am a sinner, he is holy and Lord over sin, death, Satan and hell, so that no sin can harm me, because he has been given me as my righteousness and salvation.

Through grace we have, indeed, the forgiveness of all sins, but in no way except in and through Christ alone, and in him only it must be sought and can be obtained. Whoever will come before God with any kind of work, which God is to recognize as meritorious for obtaining grace, will be disappointed and deceived, yea, instead of grace he will heap wrath upon himself. All other ways and means are condemned as the doctrines of devils, as when men are led and directed to their own works, or to the holiness and merits of others, as of the saints who have led ascetic lives or have suffered and expiated a great deal; or as those have done who have comforted people in the throes of death by admonishing them to suffer death willingly for their sins. Whoever dares to offer anything else for sin or to atone for it himself does nothing less than deny the Lord Jesus Christ, disgrace and slander him, as if the blood of Christ were of no more consequence than our repentance and satisfaction, or were not sufficient to take away all the sins of the world.

Would you, then, be freed from your sins, you need not chastise yourself with them, nor have anything to do with them, but simply creep under the wings and into the bosom of Christ, as he is the one who has taken them away and has laid them upon himself.

Luther, Martin, and John Sander. Devotional Readings from Luther’s Works for Every Day of the Year. Augustana Book Concern, 1915, pp. 326–27.