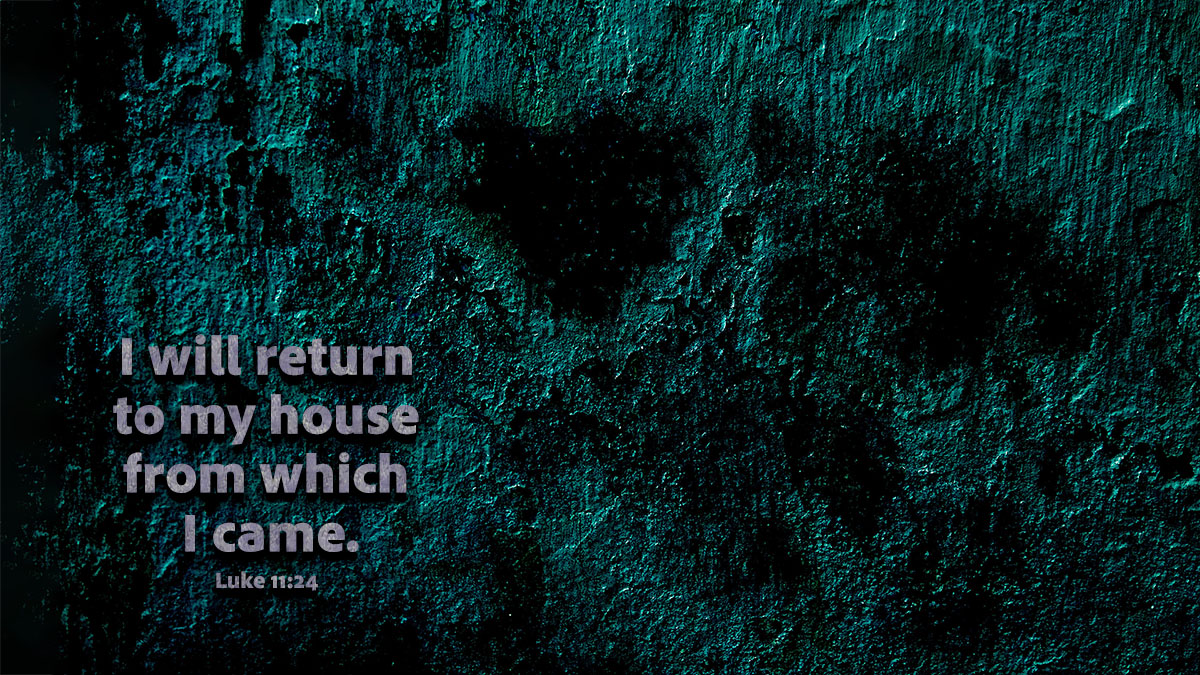 24 “When the unclean spirit has gone out of a man, he passes through waterless places seeking rest; and finding none he says, ‘I will return to my house from which I came.’ 25 And when he comes he finds it swept and put in order. 26 Then he goes and brings seven other spirits more evil than himself, and they enter and dwell there; and the last state of that man becomes worse than the first.”

This means as much as to say, “The devil never takes a vacation,” and “The devil never sleeps,” for he is seeking how he may devour man. Dry places are not the hearts of the ungodly, for in such he rests and dwells like a mighty tyrant; but there are dry and waste places here and there in the country where no people live, as forests and wildernesses. To these he flees in wicked rage because he is driven out. You will remember that the devil found Christ in the wilderness. In Judæa there is not much water, hence we read that it contains many arid wastes. In other countries as our own, which are well watered, the devils stay in rivers and lakes, and there sometimes drowns those who bathe or sail upon them.

That he comes again and finds the house swept and garnished signifies that the man is sanctified and adorned with beautiful spiritual gifts, and that the evil spirit clearly sees that he can do nothing there with his familiar tricks, for he is too well known. Thus when the worship of idols was driven from the heathen, he never attacked the world with that device again. What did he do then? He tried something else, went out, took with him seven spirits, more evil than himself, and entered in with them and dwelt there, and the last state of that man was worse than the first. When Christ had become known in the world and the devil’s former kingdom with its idol worship had been destroyed, he adopted another plan and attacked us with heresy and introduced and established the papacy, in which Christ was entirely forgotten, and men became worse heathen under the name of Christ than before he was preached. Such also was the lot of the Jews after the destruction of Jerusalem, and of the Greeks under the Turks. And so all will fare who at first hear the Word of God and afterwards become secure and weary of it. Therefore it is necessary to watch, as the apostle admonishes: “Be sober, be watchful; your adversary the devil, as a roaring lion, walketh about, seeking whom he may devour.” Wherever he overthrows faith, he easily restores again all former vices.

Luther, Martin, and John Sander. Devotional Readings from Luther’s Works for Every Day of the Year. Augustana Book Concern, 1915, pp. 75–76.