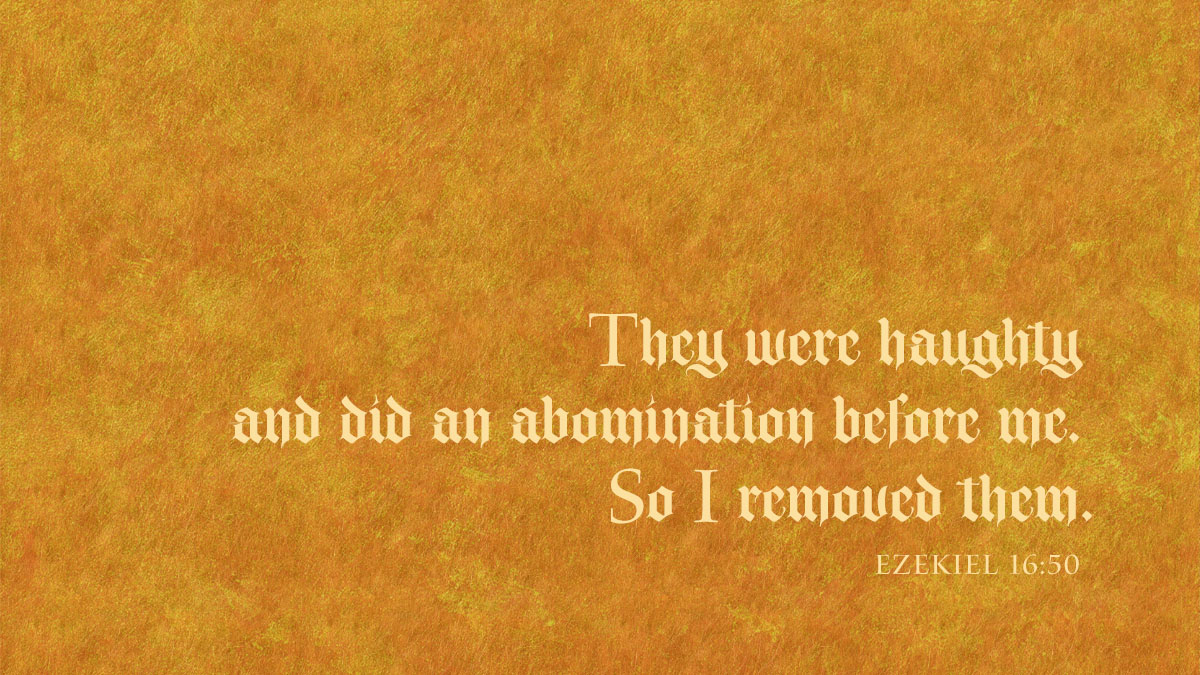 These same conditions now exist everywhere. Every peasant, burgher, nobleman is simply gathering dollars, waits and saves, eats and drinks, is insolent and mischievous as though God were nothing at all. No one cares for the despised Jesus in his poverty; nay, he is even trod under foot, until all obedience, discipline and honor are destroyed among us, as they were in Sodom and Gomorrah, and matters become so bad as to become unbearable, because all admonition and preaching seem to be of no avail. The world will not recognize that it must die and stand before God in judgment, but rages against known truth. Let us give heed and take it to heart, that the wrath of God may not also sweep us away. What else would God need to do to that end than let loose both the Turks and Satan against us. The Turk would be compelled to cease doing what he has done and is still doing, were we not so hardened in blindness and impenitence and so completely ripe for judgment. The reason is that we rage so blasphemously against God’s Word and his proffered help.

I hold that if we Lutherans, as they call us, were only dead, the whole world would immediately cry, “Victory,” as though they had already devoured every single Turk. But it shall happen to them also that a hundred shall be slain by one Turk. The younkers at Jerusalem thought, if they could only put the prophet Jeremiah out of the way they would surely be safe from the king of Babylon. What happened? After they had cast Jeremiah into the dungeon, the king came and led them all into captivity.

I can also see that God has spun a web over Germany as it is determined to be guilty of willful blindness, wickedness and ungratefulness in opposing the precious gospel. It is determined to be guilty of foolishness before God for which it will have to pay dearly.* May God preserve us and grant us and our little flock that we may escape this terrible wrath, and be found among those who honor and serve our dear Christ, and await the judgment at his right hand joyously and blissfully. Amen.

Luther, Martin, and John Sander. Devotional Readings from Luther’s Works for Every Day of the Year. Augustana Book Concern, 1915, pp. 403–04.