Worthy of Your Calling
Scripture and a reading from Luther's sermons and devotional writings
Pastor Mark Ryman - August 25, 2022 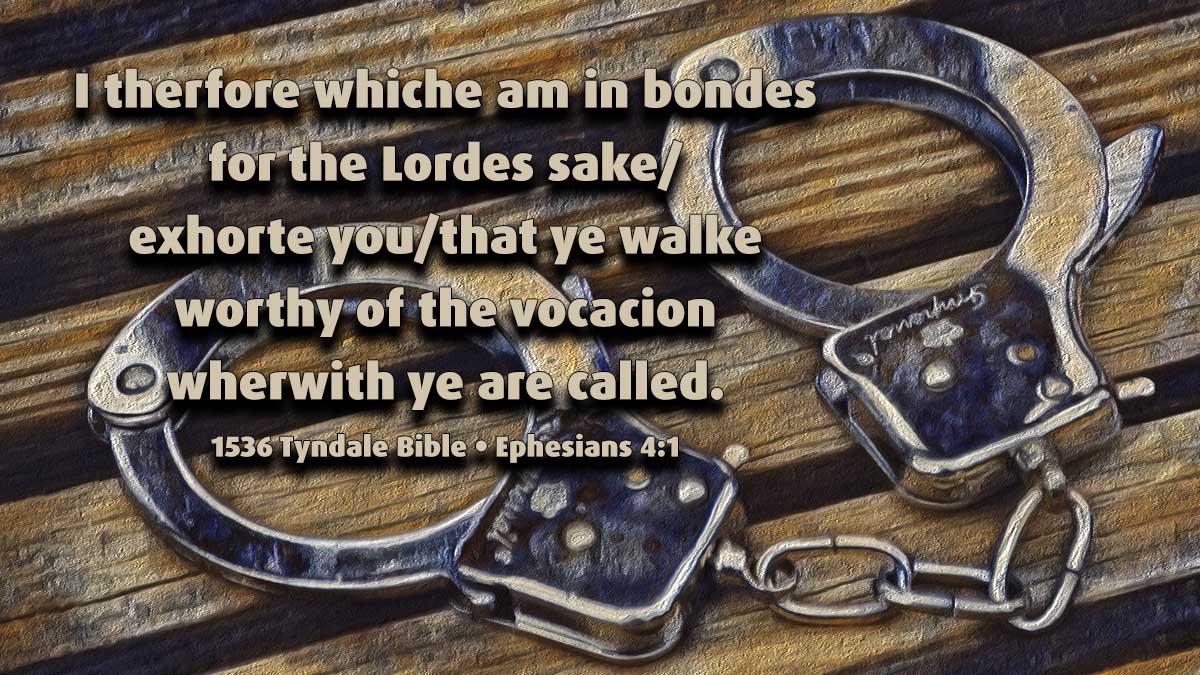 20 Now to him who by the power at work within us is able to do far more abundantly than all that we ask or think, 21 to him be glory in the church and in Christ Jesus to all generations, for ever and ever. Amen. 4:1 I therefore, a prisoner for the Lord, beg you to lead a life worthy of the calling to which you have been called

The chief thing that should influence a Christian’s outward walk is the remembrance of his calling and appointment by God. He should be mindful why he is called a Christian, and live consistently. He must shine before the world; that is, through his life and God’s work, the Word and the name of Christ the Lord must be exalted. Paul would say: “You have received God’s grace and his Word and are a blessed people. In Christ all your needs are happily supplied. Be mindful of this and remember you are called to a far different and vastly higher life than others know. Show by your manner of living that you seek a higher good than the world seeks, that you have, indeed, received far greater blessings. Let your lives honor and glorify the Lord who has given you such blessings.

The so-called Christian life that does not honor Christ makes its sin the more heinous for the name it bears. Every sin the people of God commit is a provocation of Jehovah; not only in the act of disobedience itself, but also in the transgression of the second commandment. The enormity of the sin is magnified by the conditions that make it a blasphemy of God’s name and an occasion of offense to others. Paul says, “The name of God is blasphemed among the Gentiles because of you.” So a Christian should by all means guard the honor of God in his life. He must take heed that he be not guilty of blaspheming that name and of doing wickedness. The devil, aided by the world, construes every act, when possible, to reflect upon God’s honor and glory. His purpose is to injure the Church by charging offenses, thus deterring unbelievers from embracing the gospel and causing the weak to fall away.

To guard against such disaster, Christians should be particularly careful to give no occasion for offense in their conduct, and to value the name and honor of their God too highly to permit blasphemy of them. Let them remember that upon keeping sacred the name and honor of God depends their own standing before God and men. God promises, “Them that honor me will I honor.”

Luther, Martin, and John Sander. Devotional Readings from Luther’s Works for Every Day of the Year. Augustana Book Concern, 1915, pp. 300–01.