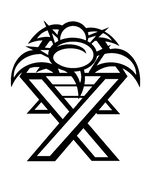 Nativity of Our Lord • Year B

Almighty God, grant that the new birth of your only-begotten Son in the flesh may set free all who are held in servitude under the yoke of sin; through Jesus Christ, your Son, our Lord, who lives and reigns with you and the Holy Spirit, one God, now and forever. Amen. (Gelasian Sacramentary, 7th Century)

God of majesty, open our eyes to see the light of your presence in the world around us revealed through the birth of your Son, Jesus, who took on our human existence. Sustain us through the Word made flesh so that in these last days we might be your body in the world; through your Son, Jesus Christ, our Savior and Lord; who reigns with you and the Holy Spirit, one God now and forever. Amen.

Today we celebrate the radiance of God’s glory, he who made the world, coming into the world so that all the earth may see the salvation of God. The Son, who upholds all creation through the word of his heavenly power, becomes the Word made flesh, dwelling with us on earth. He is the exact glory of the Father, light shining upon our darkness. He is the “one Lord Jesus Christ, the only-begotten Son of God, begotten of the Father before all worlds, Light of Light, very God of very God, begotten, not made, being of one substance with the Father; by whom all things were made.” Today, he is set upon the holy hill called Zion, where God has come to dwell among us.

Unless the good news of God is preached and published, how will anyone know the joy of the Lord? (Rom 10:15). The power of the Lord (his bared arm, v10) is most evident in the salvation he has accomplished. The power of salvation is joy and comfort for those who love the Lord, but sorrow and dread for those who do not. The good news of God’s triumph must be published to all the nations so that they may see the salvation of God.

Though the prophet Nathan announced David as the new king of Israel, the proclamation is completed in the only begotten Son of the Father. Jesus Christ is the Son who rules with a rod of iron (Rev 12:5). The nations rebel but nothing will hinder the Lord’s purpose. He laughs because his Son, the ultimate King of Zion, sits upon the throne of the King of kings.

Jesus is the very character of God; he is struck from from the Father’s image. The English word “character” is the transliteration of the Greek word translated in the ESV as “imprint.” means image or impression and was the word used for the minting of coins. This drives home the detail that Jesus was minted from the Father in every detail. He is the striking image of the substance of God. He was not created. Indeed, he is the creator. Having always been with God and having always been God, he “laid the foundations of the earth.”

John takes up the strain of Moses (Gen 1:1) and tells us of the creator God “in the beginning.” This is the pre-existent Word of God, the creating light of the world, who being light, created light through his spoken word. Now, born of a woman and dwelling among us in the flesh, he becomes the light of the world (John 8:12). Though in the flesh (incarnate), he is nonetheless “very God of very God,” glorious and “full of truth and grace.” The evangelist makes it clear that this Logos was not John the baptizer. He was the one who heralded the light; John was not himself the light. The true light John announced was coming into the world, and whoever believed in his name, the Logos, would become children of God, born again of the Father. From the fullness of the God-man, we receive grace and still more grace.

Read the entire Sola Devotion, which includes an additional Scripture graphic for your use.

While it may be “omitted without sin and danger,” it may not be done without danger of sin. If people believe that Holy Communion is a work, a sacrifice done by a priest, and a service performed by themselves to receive God’s grace and forgiveness, then they are in real danger. If they believe that God’s free grace is something that must be merited, then they reject Christ; they refuse his mercy and grace. They spurn Christ’s crucifixion, his death, and his resurrection, if they insist this sacrifice of the Mass must be performed again and again (Heb 9:28). This crucifying of Christ makes mockery of him, all for the sake of being religious. The irony is, this false religion affords no certain hope of real forgiveness or eternal life. Its adherents are always concerned whether they have done enough to compensate for their sins. All the while, Jesus has done everything. 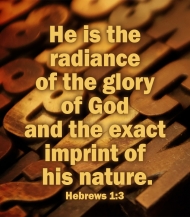