Adhering to the Word
Scripture and a reading from Luther's sermons and devotional writings
Pastor Mark Ryman - September 26, 2022 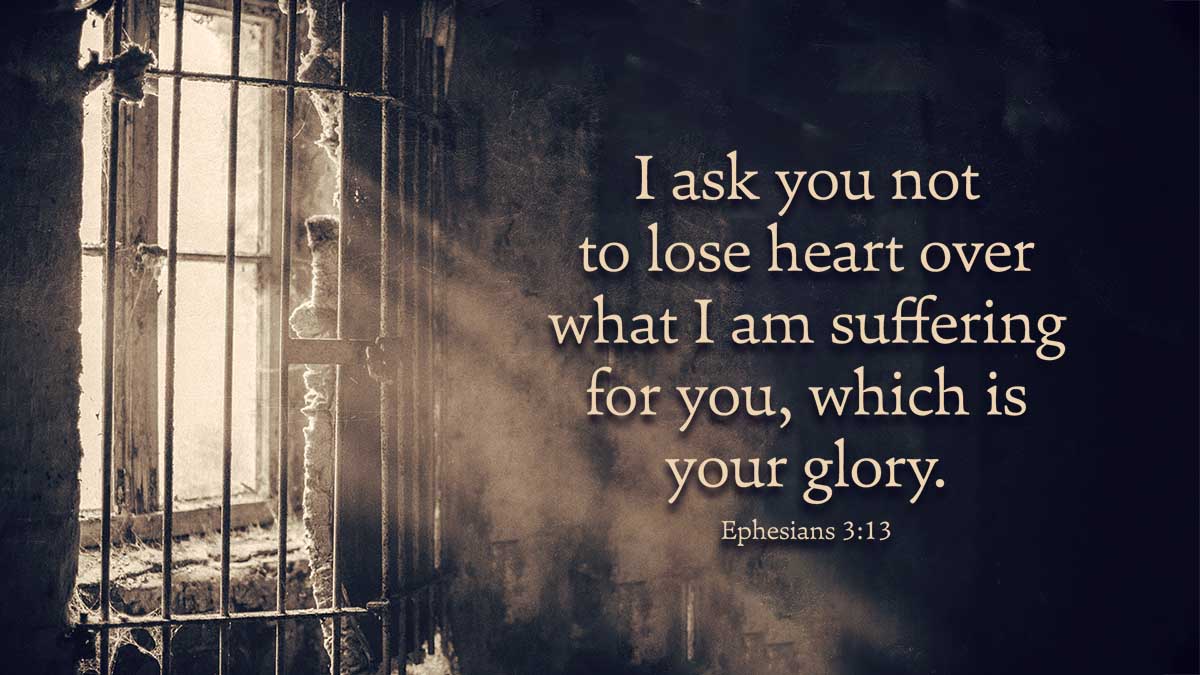 1 For this reason I, Paul, a prisoner for Christ Jesus on behalf of you Gentiles — 13 ... ask you not to lose heart over what I am suffering for you, which is your glory.

Having been imprisoned at Rome by order of the emperor, Paul thus consoles his beloved converts at Ephesus, admonishing them to cleave to the doctrine learned from him, and not to be frightened from it by his fate. He reminds them of that whereunto God has called them, and of that they have received through his preaching.

Such admonition is still, and will ever be, necessary in the Christian community. The weak must endure severe conflicts in the tribulations which the gospel inevitably entails. The trial is especially hard when they must lose their leaders and teachers, and in addition hear the shameful, bitter taunts of the calumniators. We in this day have to expect that some will be offended when teachers are assailed. We should therefore be prepared, and when any of our number fall away from our faith to flatter tyrants and the pope, and become liars and knaves, we must individually lay hold of the gospel in such a way as to enable us to stand and to say: “Not because a certain one has taught thus, do I believe. It matters not what becomes of him or what he may be, the doctrine itself is right. This I know, whatever God may permit to befall myself or others because of it.”

How could I comfort myself and stand firm unless I were able to say: “Though ten other worlds and everything great, lofty, wise and prudent, and all my friends and brethren as well, should turn from me, the doctrine still remains true. I will adhere to the Word of God, stand or fall what may.” When the trying hour arrives, we are able to accomplish as little against the enemy as Paul when he lay in chains, powerless to succor a soul. He was obliged to commit his cause to the Lord. At the same time, as a faithful apostle, he ceased not to admonish and warn to the full extent of his power. Well he knew that many false apostles were ready, as soon as he said a word, to pervert it. For the sake of affording his converts comfort and strength, Paul proceeds to make his sufferings and tribulations pleasing to them by speaking of these afflictions in unusual and beautiful terms.

Luther, Martin, and John Sander. Devotional Readings from Luther’s Works for Every Day of the Year. Augustana Book Concern, 1915, pp. 340–41.