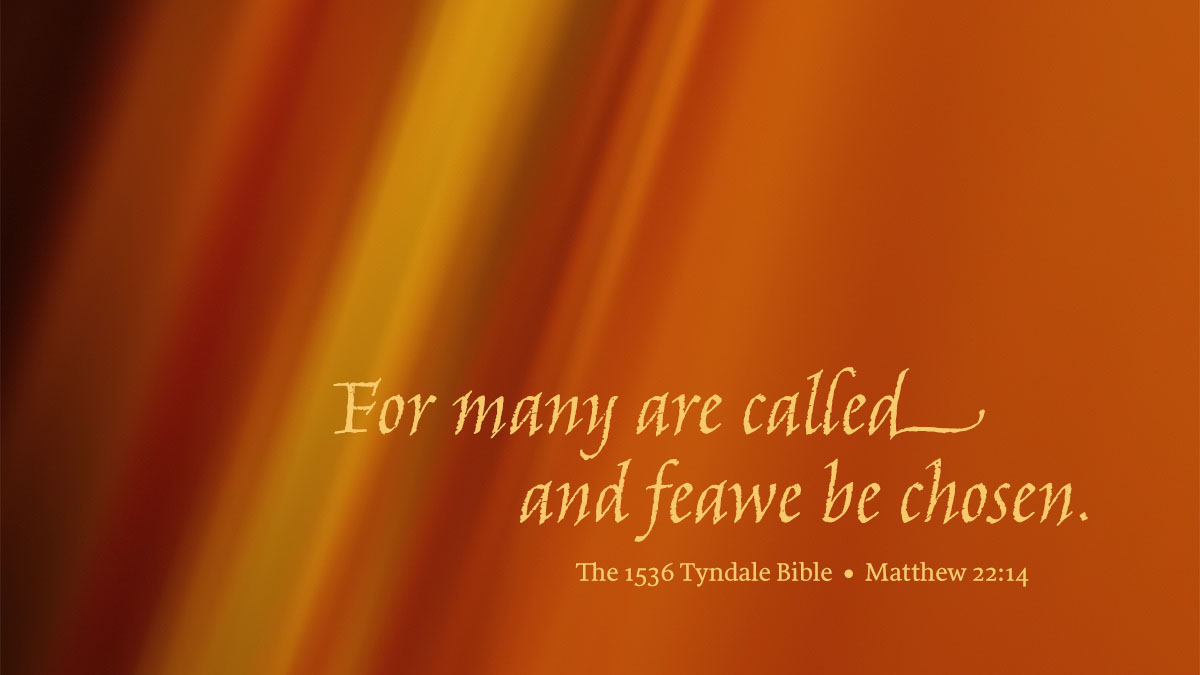 8 Then he said to his servants, ‘The wedding is ready, but those invited were not worthy. 9 Go therefore to the thoroughfares, and invite to the marriage feast as many as you find.’ 10 And those servants went out into the streets and gathered all whom they found, both bad and good; so the wedding hall was filled with guests.  11 “But when the king came in to look at the guests, he saw there a man who had no wedding garment; 12 and he said to him, ‘Friend, how did you get in here without a wedding garment?’ And he was speechless. 13 Then the king said to the attendants, ‘Bind him hand and foot, and cast him into the outer darkness; there men will weep and gnash their teeth.’ 14 For many are called, but few are chosen.”

God deals with us in a way to put down arrogance, that we may not become haughty and wanton, but may always remain in fear. For when temptation comes we are liable to fall into error. Peter on the water retained his pure faith as long as he unhesitatingly ventured on the water according to the word of Christ. Had he remained in this faith, he might have walked hundreds of miles on the water; but as soon as he wavered he began to sink. So Moses also had a strong faith, but at times fell from it. Thus it happens that one may have a strong faith, but doubts and falls. By faith Moses led the people of Israel through the midst of the sea and through death, and Peter boldly ventured on the sea; but they both fell, although God raised them up again. The thief on the cross laid hold on faith once for all and clung to it.

We have a beautiful parable of this in the tree which begins to blossom in the spring and is soon covered with white blossoms. But as soon as the rain falls on them, many of the blossoms are ruined and the frost utterly destroys many more of them. When the fruit begins to appear and the winds arise, much of the young fruit falls to the ground; later the caterpillars and worms make their appearance and they prick and destroy the fruit to such an extent, that scarcely the twentieth, yea, hardly a hundredth part ripens. The same thing happens to the gospel. At first everybody wants to become a Christian, and the gospel promises to do well, but as soon as the rain and wind of temptation come, large numbers fall away. Afterwards come the sects and factions, like worms and beetles, which prick and pollute the fruit of the gospel, and so much false doctrine is taught, that only a few remain faithful to the gospel.

The first thing that faith requires is that we be not secure and presumptuous, but remain in fear. We need to cling to God and pray: Merciful God, thou hast permitted me to become a Christian, help me to continue to be one and to increase daily in faith.

Luther, Martin, and John Sander. Devotional Readings from Luther’s Works for Every Day of the Year. Augustana Book Concern, 1915, pp. 398–99.