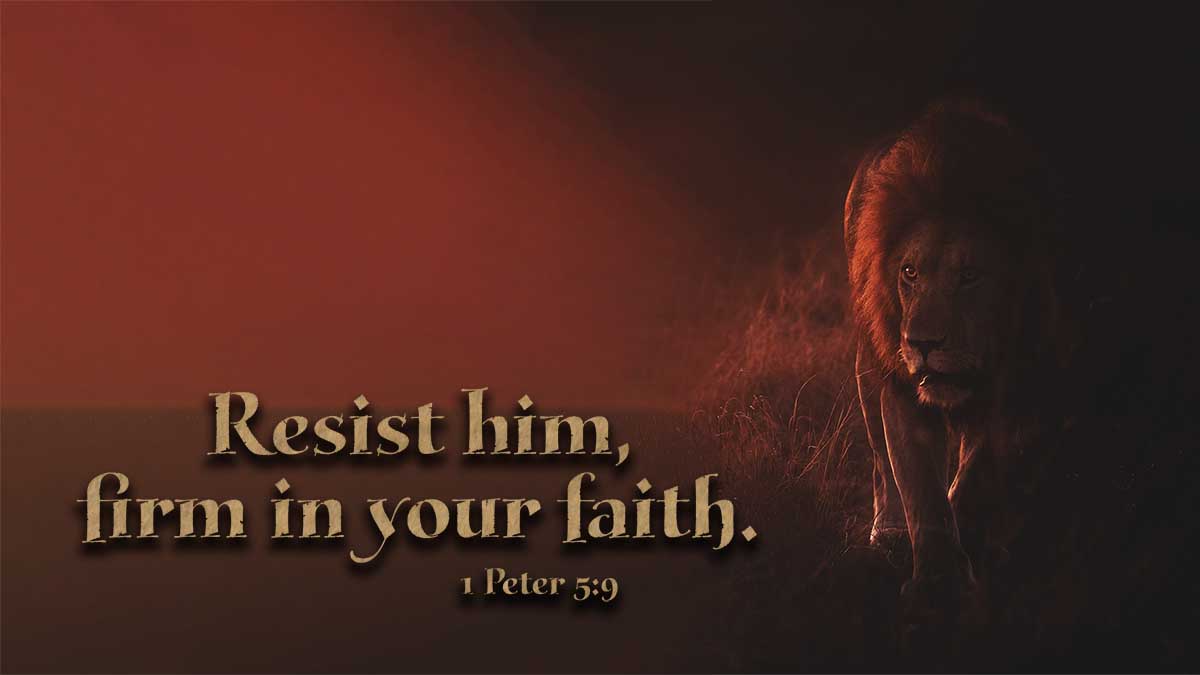 6 Humble yourselves therefore under the mighty hand of God, that in due time he may exalt you. 7 Cast all your anxieties on him, for he cares about you. 8 Be sober, be watchful. Your adversary the devil prowls around like a roaring lion, seeking some one to devour. 9 Resist him, firm in your faith, knowing that the same experience of suffering is required of your brotherhood throughout the world. 10 And after you have suffered a little while, the God of all grace, who has called you to his eternal glory in Christ, will himself restore, establish, and strengthen you.

This is a precious and comforting passage, the truth of which Peter learned, not only by inspiration of the Holy Spirit, but from his own experience. One instance of his experience was when, in the high priest’s house, he thrice denied his Lord, and soon thereafter fell into such anxiety and despair that he would have followed the traitor Judas had not Christ turned and looked on him. It was for this reason that Christ, so soon after his resurrection, first of all commanded that the glad tidings be announced to Peter.

Weak Christians suffer beyond measure because they are plagued and beset so constantly by the devil. Their afflictions oppress them so sorely that they imagine no one suffers as severely as they do. Especially does this seem the case in the great spiritual temptations which come to those endowed with peculiar gifts and called to positions of prominence in the Church. Thus Paul often laments his great temptations, which the common people do not understand and cannot endure. These sufferings are often such that even the great and strong would languish and wither beneath them, were it not for the comfort God bestows. These troubles grip the heart and consume the very marrow. It is true that temptations differ and come from different sources, and so every one may imagine his own a peculiar kind, yet the sufferings and temptations of all Christians are alike in this, that the devil tries to drive them all from the fear of and confidence in God into unbelief, contempt, hatred, and blasphemy against God.

Amid such temptations Peter comforts suffering Christians by telling them that they are not the first, nor the only ones, to be thus assailed. They are not to feel as if it were a wonderful and unheard of cross which they bear and were bearing it alone. They are to know that their brethren, Christians of all times, and scattered through all the world, must suffer the same things at the hands of Satan and his minions. It assuages and comforts the sufferer beyond measure to know that he does not suffer alone, but with a great multitude.

Luther, Martin, and John Sander. Devotional Readings from Luther’s Works for Every Day of the Year. Augustana Book Concern, 1915, pp. 319–20.