Lessons in the Lutheran Confessions
Concerning Love and the Fulfilling of the Law â part 70
Pastor Mark Ryman - September 19, 2021 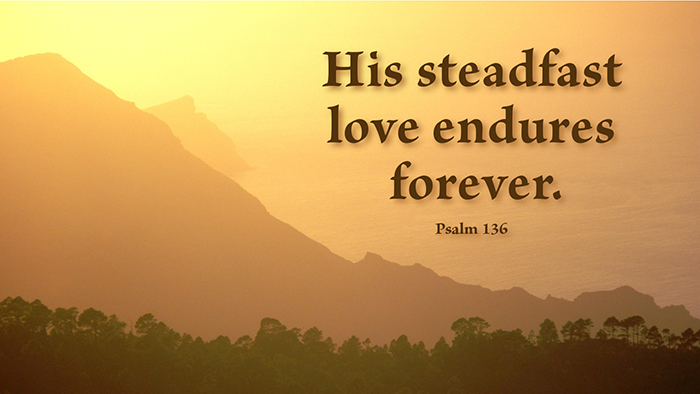 So, we reply to the words of Daniel that because he is preaching repentance, he is not teaching only about works, but also of faith, as the narrative itself testifies. Since Daniel clearly presents the promise, he necessarily requires faith that believes that sins are freely forgiven by God. Although he mentions works in regards to repentance, he does not say that we earn forgiveness of sins by these works. Daniel is not speaking only of the payment for the punishment because remittal of the punishment is sought in vain unless the heart first receives remission of guilt. If the adversaries understand Daniel as speaking only of the remission of punishment, this passage proves nothing against us, because it will be necessary for even them to admit that the remission of sin and justification precede works. Afterwards, even we concede that the punishments that chasten us are eased by our prayers and good works, and ultimately, by our entire repentance. These passages bear witness. “But if we judged ourselves truly, we should not be judged” (1 Cor 11:31). “If you return, I will restore you” (Jer 15:19). “Return to me...and I will return to you” (Zech 1:3). “Call upon me in the day of trouble; I will deliver you” (Psa 50:15).

Pulling It Together: You may work all day and night, trying to prove yourself worthy to God, only to discover at the break of day that you do not believe he finds you worthy. So, you might set yourself to the task of working hard every day and night so that God would consider you deserving of his favor. Yet, at the end of some considerable period of time, you observe that you still do not believe that he favors you. All of your work has amounted to nothing because you do not believe that he loves and forgives. Nonetheless, God has loved you all the while. Your works make no impact on his love.

You must first believe that he loves you (John 3:16). Then you can trust in his promise to forgive and justify. Once you have faith in God, works are much more rewarding, since you do them out of simple, obedient love instead of for reward. Works will not merit forgiveness of sins or gain you any peace at the end of the day. You already have these things through faith in the God who has loved you all the while.

Prayer: Thank you, Lord, for loving me with an everlasting love. Amen.

How awful is the trap of thinking that by any means our lifestyle could be satisfying to God, and to see that our shortcomings and FEEL unaccepted and scorned by God. Haven't we all been there. Thank God I have been shown that in the midst of my weaknesses, I AM acceptable to God, yesterday, today and forever.
Click Here For Content Archives