The Greatest
Scripture and a reading from Luther's sermons and devotional writings
Pastor Mark Ryman - February 3, 2022 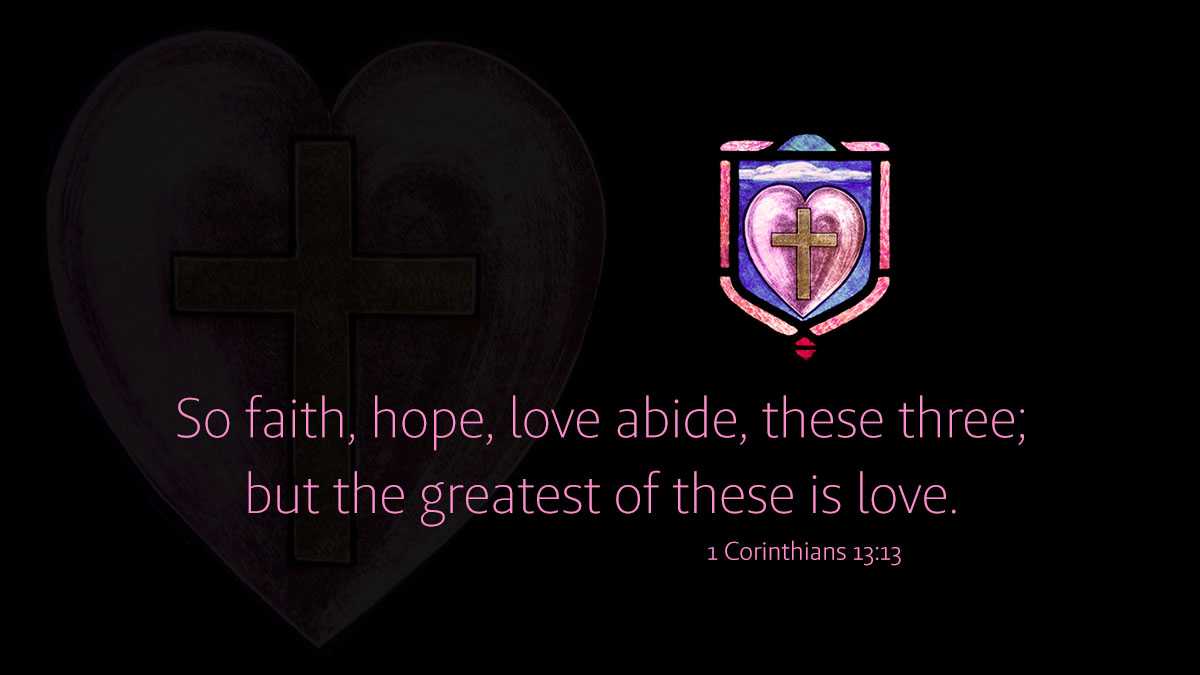 12 For now we see in a mirror dimly, but then face to face. Now I know in part; then I shall understand fully, even as I have been fully understood. 13 So faith, hope, love abide, these three; but the greatest of these is love.

Paul’s statement that love is greater than faith and hope is intended as an expression of the permanence, or eternal duration of love. Faith, being limited as to time in comparison with love, ranks beneath it for the reason of this temporary duration. With the same right I might say that the kingdom of Christ is greater upon earth than was Christ. Thereby I do not mean that the Church in itself is better and of higher rank than Christ, but merely that it covers a greater part of the earth than he compassed; for he was here but three years, and those he spent in a limited sphere, whereas his kingdom has been from the beginning and is coextensive with the earth. In this sense, love is longer and broader than either faith or hope. Faith deals with God merely in the heart and in this life, whereas the relations of love both to God and the whole world are eternal. Nevertheless, as Christ is immeasurably better and higher and more precious than the Christian Church, although we behold him moving within smaller limits and as a mere individual, so is faith better, higher and more precious than love, though its duration is limited and it has God alone for its object.

Paul’s purpose in thus extolling love is to deal a blow to false teachers and to bring to naught their boasts about faith and other gifts when love is lacking. He means to say: If ye possess not love (charity), which abides forever, all else of which you boast being perishable, ye will perish with it. While the Word of God and spiritual gifts are eternal, yet the external office and proclamation of the Word, and likewise the employment of gifts in their variety, shall have an end, and thus your glory and pride shall become as ashes. So then faith justifies through the Word and produces love. But while both Word and faith shall pass away, righteousness and love, which they effect, abide forever; just as a building erected by the aid of scaffolding remains after the scaffolding has been removed. Love gives and blesses the neighbor, as a result of faith, and it shall never be done away.