Lessons in the Lutheran Confessions
Treatise on the Power and Primacy of the Pope â part 13
Pastor Mark Ryman - December 11, 2018 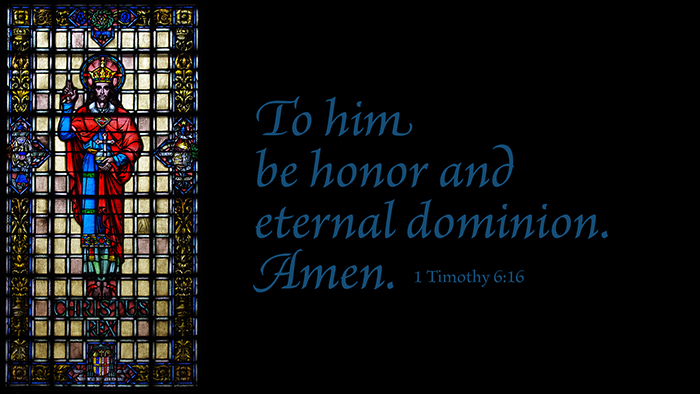 From the Confessions: Treatise on the Power and Primacy of the Pope – part 13

VIII. Many ancient synods were called and held, in which the bishop of Rome did not preside, such as Nicea and most others. This also demonstrates that the Church did not acknowledge the primacy or superiority of the bishop of Rome at that time.

Pulling It Together: Who ruled the Church in the time of the apostles? Peter? James? Paul? You would be hard-pressed to decide by reading the Scriptures. That is for good reason; none of them was superior to the other. That would have been a contradiction of the Lord’s teaching. Ministers of the gospel are called to serve. There must not be dominion of one over another in the Church (Matt 20:12). If it looks like someone is on a throne, matters have gone very wrong. Christ alone is our Sovereign; to him belongs all honor and dominion, all primacy and power.

Prayer: You are my only Sovereign, Lord. Amen.