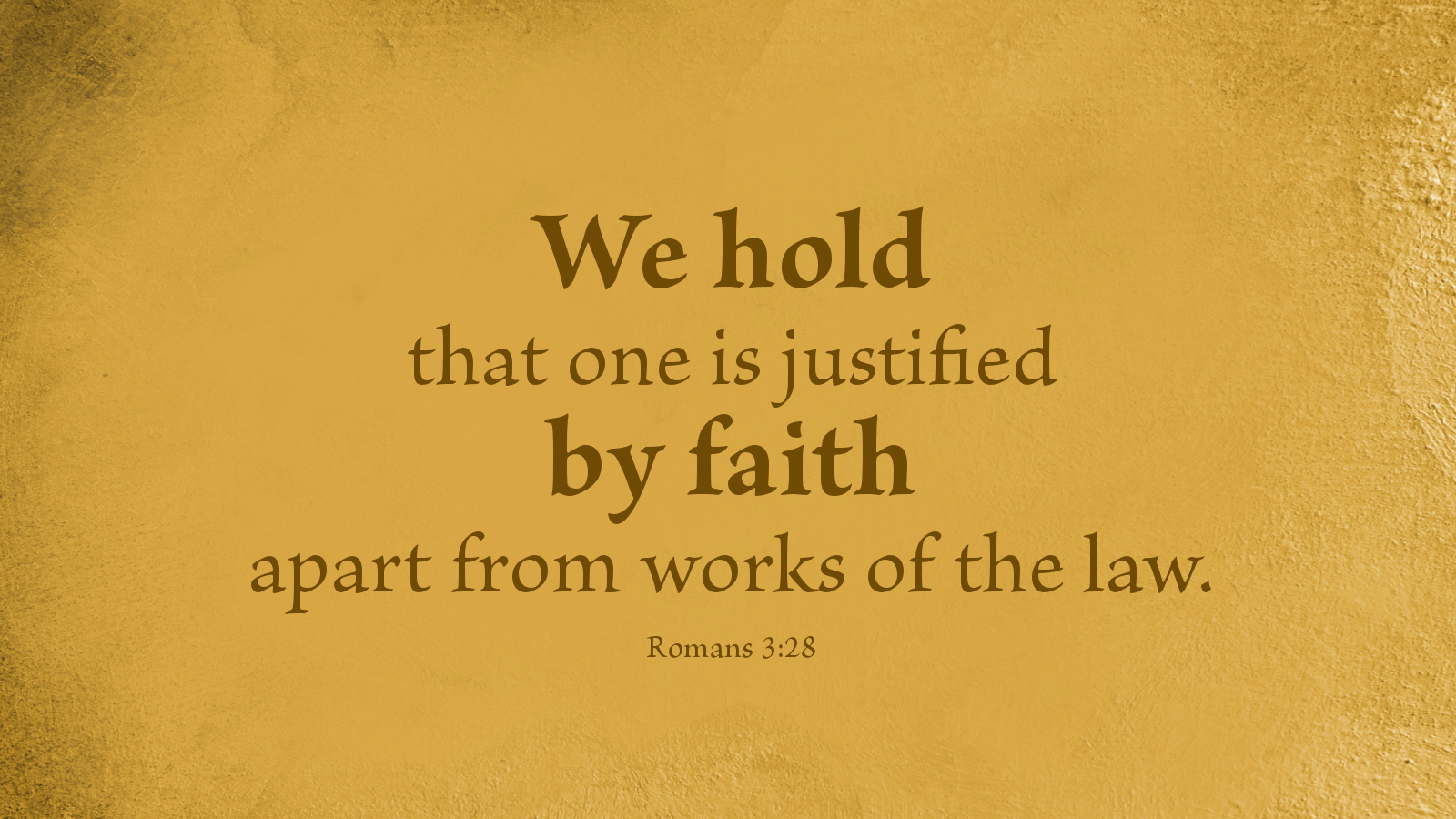 Click above for larger graphic.  • Index of Scripture graphics and posts by Scripture reference

Also they teach that men cannot be justified before God by their own strength, merits, or works, but are freely justified for Christ's sake, through faith, when they believe that they are received into favor, and that their sins are forgiven for Christ's sake, who, by His death, has made satisfaction for our sins. This faith God imputes for righteousness in His sight (Rom 3 and 4).