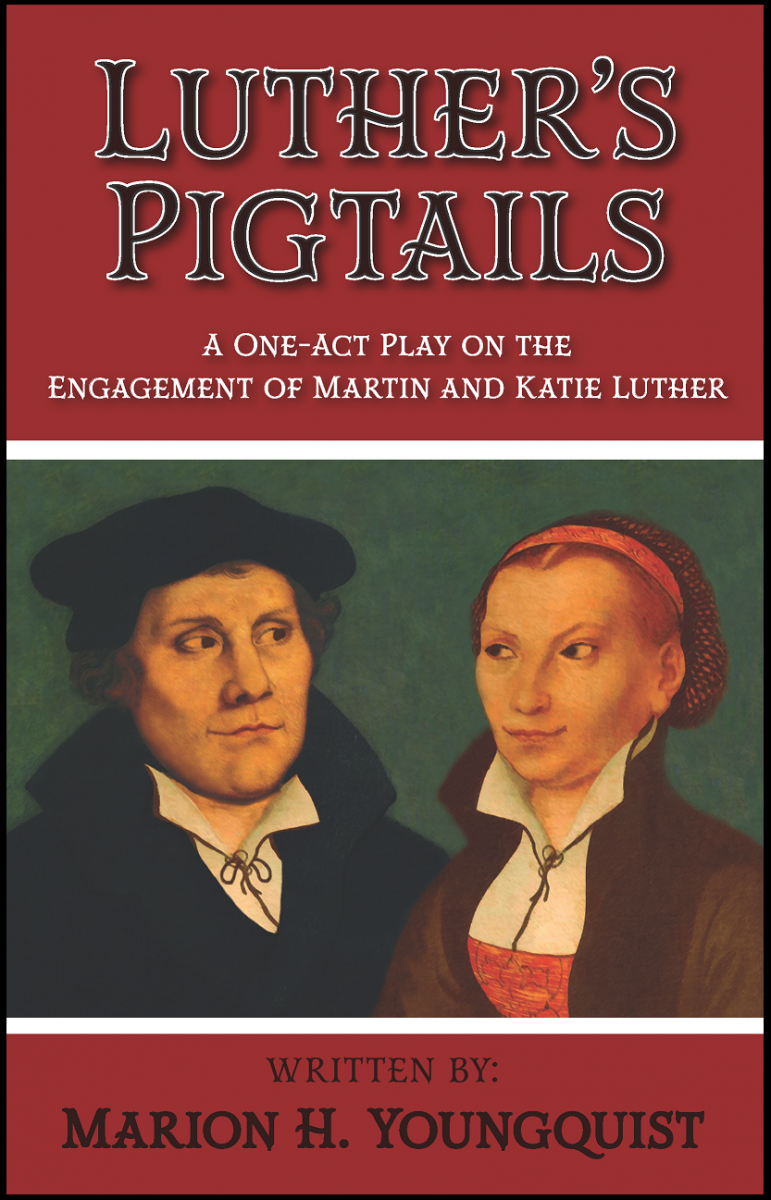 "There is a lot to get used to in the first year of marriage. One wakes up in the morning and finds a pair of pigtails on the pillow which were not there before." -Martin Luther

Taking its title from one of Martin Luther's affectionate descriptions of his beloved wife, "Luther's Pigtails" is a multi-character chancel drama bringing to life the story of Martin Luther's engagement to Katherine von Bora. Written for a general audience, this one-act comedy is based on the actual words of Martin and Katie Luther and Philipp Melanchthon from their own personal writings. The play is of an appropriate length to be performed within the context of a worship service, or it may serve as the basis for a special congregational event in celebration of the Reformation. The play gives the audience a glimpse into the real life of Martin and Katie, illustrating why Luther was able to say, "There is no more lovely, friendly, and charming relationship, communion, or company than a good marriage."