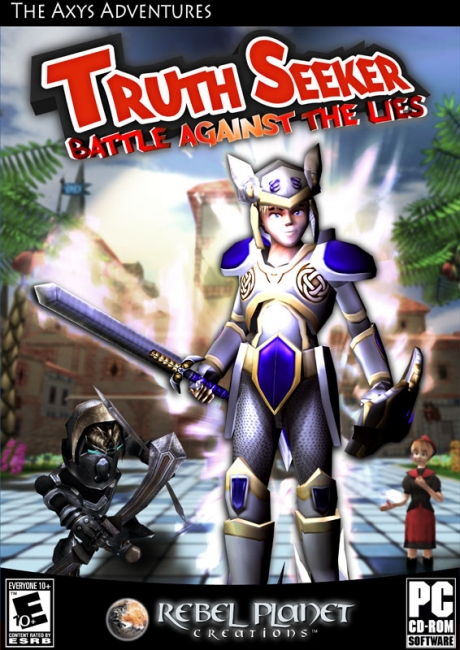 Truth Seeker: Battle Against the Lies

Where will your power come from in the battle against the lies?

The Axys Adventures are an entertaining mix of mysteries, puzzles, exploration and combat. It is also a story in which you are the main character, a story which you discover as you play. In the game, you play the part of Axys - a youth who lives on Pacifico Island, which is part of an imaginary world called The Sea Lands. While Pacifico is normally a very wonderful and peaceful place, certain individuals there have been listening to lies, and as a result, the citizens will soon need your help. Taking up your sword, you must battle the malicious and willful weeds that have mysteriously appeared in Pacifico's fertile soil. You will need your blade, your skill and your wits. But you will not be able to defeat the source of the trouble until you can challenge the lies that are behind it all.

The designer/programmer for this educational software is LCMC Pastor Peter Churness!