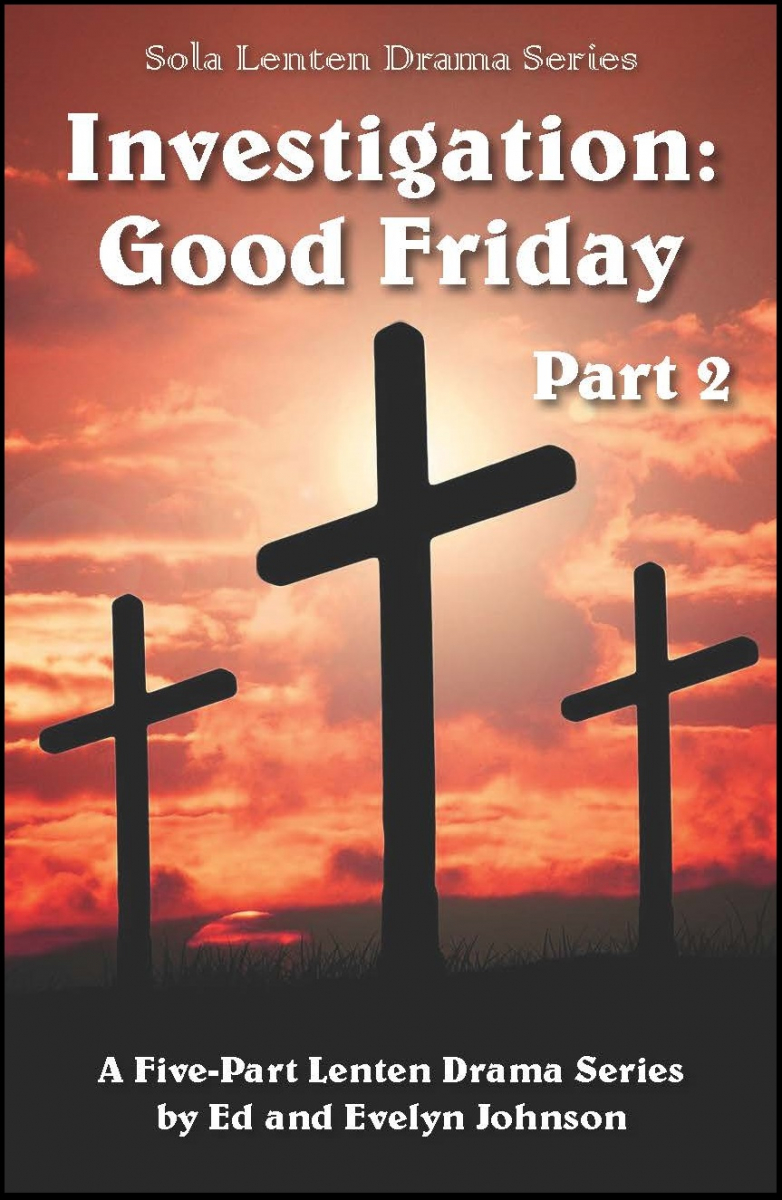 by Ed and Evelyn Johnson

“And this report about him spread through the whole of Judea and all the surrounding country.” (Luke 7:17 )

This five-week Lenten Drama, “Investigation: Good Friday - Part 2” is a follow-up to the previous series of the same name, produced by Sola Publishing.* It conveys the story of Jesus’ arrest, crucifixion, and burial through the reports of a news team from the fictional radio station KJRM, based in Jerusalem.

Each week features a multi-character skit, along with a assigned Scripture lessons, suggested hymns for worship, and a brief homily/meditation to go along with the theme, which may be presented by the pastor or a lay leader.

This series can serve as a followup to Sola Drama D-1200 (Part 1) or it can be used as a stand-alone drama series.

Click HERE to the see the table of contents and a few sample pages.