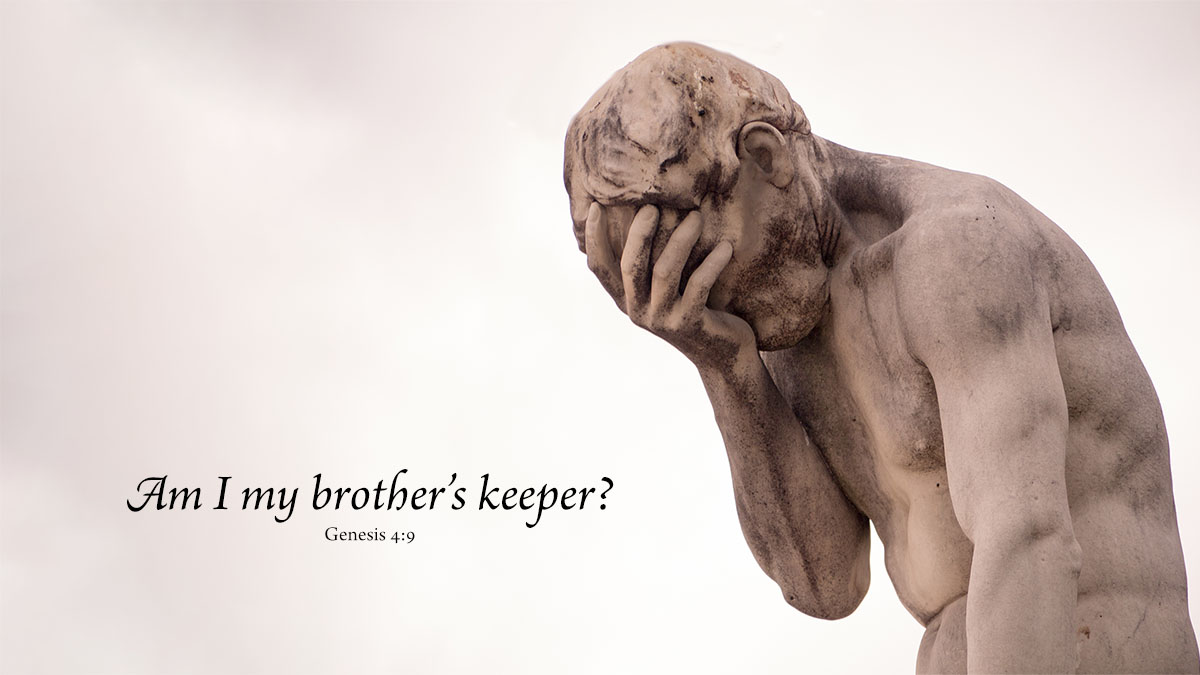 8 Cain said to Abel his brother, “Let us go out to the field.” And when they were in the field, Cain rose up against his brother Abel, and killed him. 9 Then the LORD said to Cain, “Where is Abel your brother?” He said, “I do not know; am I my brother’s keeper?”

Cain thinks he has made an effectual excuse for himself by saying that he is not his brother’s keeper. But does he not confess by the very word “brother,” which he takes upon his lips, that he ought to be his keeper? Is not that equal to accusing himself, and will not the fact that Abel is nowhere in evidence arouse the suspicion in the minds of his parents that he has been murdered? Just so also Adam excuses himself in paradise, and lays the blame on Eve. But the excuse of Cain is far more stupid; for while he excuses his sin he doubles it, whereas the frank confession of sin finds mercy and appeases wrath. All liars and hypocrites imitate Cain their father by either denying their sin or excusing it. Hence they cannot find pardon for their sins.

But let us survey the order in which sins follow each other and increase. First Cain sins by presumption and unbelief, priding himself on the privilege of his birthright. He takes it for granted that he shall be accepted of God on the ground of his own merit. Upon the pride and self-glorification follow envy and hatred of his brother, whom he sees preferred to himself by an unmistakable sign from heaven. Upon this envy and hatred follow hypocrisy and lying. Though he designs to murder his brother, he accosts him in a friendly manner and thereby throws him off his guard. Hypocrisy is followed by murder. Murder is followed by the excusing of his sin. And the last stage is despair, which is the fall from heaven to hell.

Moses took special pains in the preparation of this account to serve as a witness against all hypocrites, and as a chronicle containing a graphic description of their character and ire aroused by Satan against God, his Word and his Church. It was not enough of this murderer that he killed his brother, but he added the further sin of becoming indignant and wrathful when God inquired of him concerning his brother. He is indignant that he should be called to an account concerning the matter at all. His reply is the language of one who resists and hates God.

Luther, Martin, and John Sander. Devotional Readings from Luther’s Works for Every Day of the Year. Augustana Book Concern, 1915, pp. 92–93.