All Things
Scripture and a reading from Luther's sermons and devotional writings
Pastor Mark Ryman - March 15, 2022 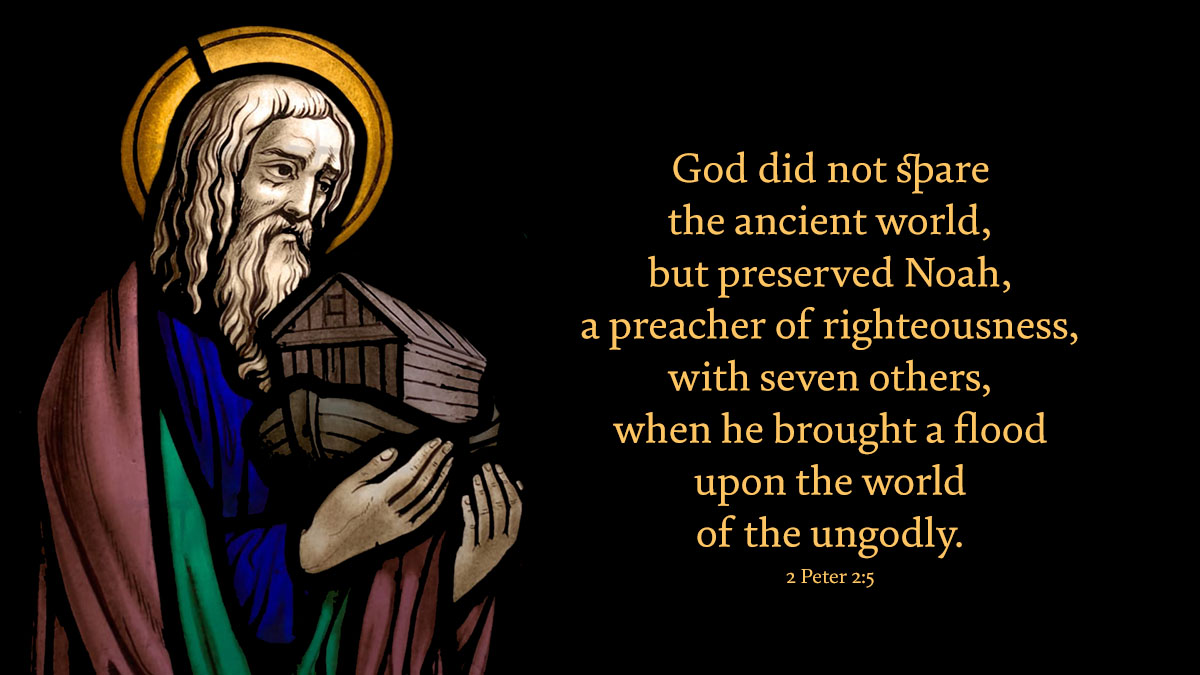 [God] he did not spare the ancient world, but preserved Noah, a herald of righteousness, with seven other persons, when he brought a flood upon the world of the ungodly

It is appalling that the whole human race except eight persons is destroyed, in view of the fact that this was truly the golden age; for succeeding ages do not equal the old world in glory, greatness, and majesty. And if God visited with destruction his own perfect creation and the very glory of the human race, we have just cause for fear. In inflicting this punishment, God followed his own peculiar way. Whatever is most exalted he particularly overthrows and humiliates. He did not spare the sublimest creatures—the angels—, nor the kings ruling his people, nor the first-born of all times. But the more highly they were blessed with gifts, the more sternly he punished them when they began to misuse his gifts.

As God, who is by nature most kind, cannot refrain from gracing and showering us with various gifts, so we cannot refrain from priding ourselves upon these gifts and flaunting them. Wretched is our life when we lack the gifts of God, but twice wretched is it when we have them; for they tend to make us doubly wicked. Such is the corruption of original sin, though all but believers are either unaware of its existence or regard it a trivial thing. How property inflates pride, though it occupies relatively the lowest place among blessings! The rich, be they noblemen or peasants, deem other people as flies. To an even greater extent are the higher gifts abused—wisdom and righteousness. This was the sin of the primeval world. Among Cain’s descendants were good and wise men, who, nevertheless, were wicked before God, for they prided themselves upon their gifts and despised God, the author.

The old world was guilty, not only of sin against the second table of the commandments, but most of all of sin against the first by making a fine, but deceptive and false show of wisdom, godliness, and religion. As a result of the ungodliness in opposition to the first table there followed that moral corruption of which Moses speaks, that people polluted themselves with all sorts of lusts and afterward filled the world with oppression and bloodshed. Because the ungodly world had trampled both tables under foot, God came to judge it, who is a consuming fire and a jealous God.

Luther, Martin, and John Sander. Devotional Readings from Luther’s Works for Every Day of the Year. Augustana Book Concern, 1915, pp. 99–100.