Another Son
Scripture and a reading from Luther's sermons and devotional writings
Pastor Mark Ryman - March 14, 2022 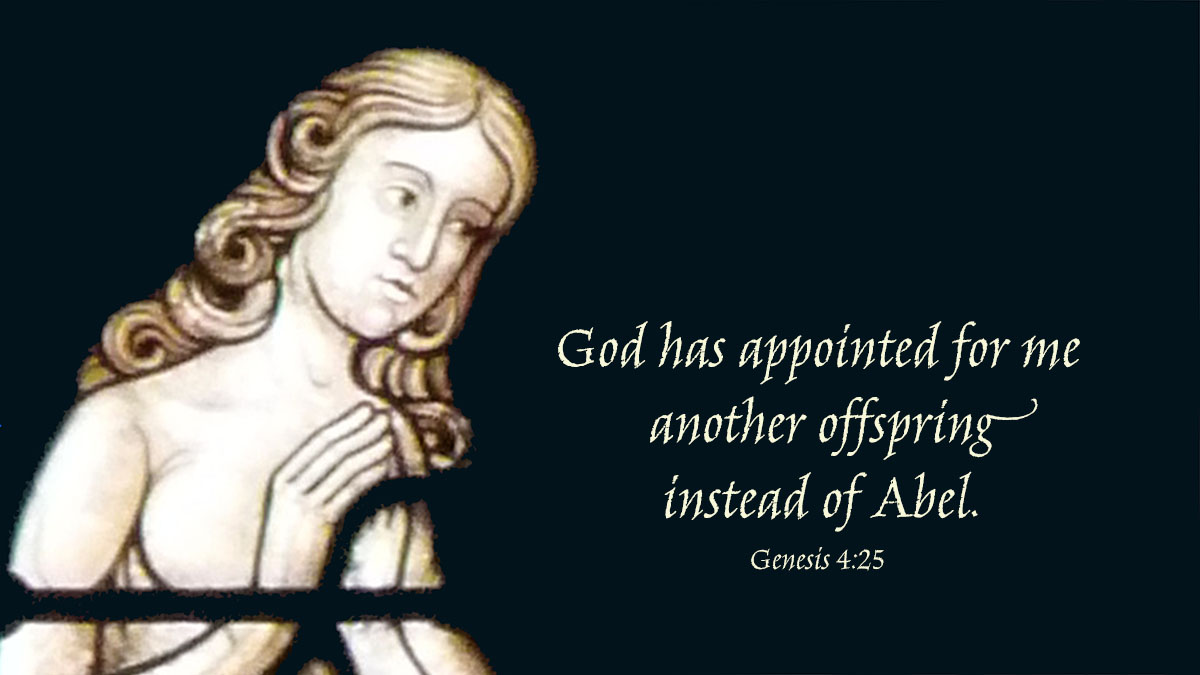 And Adam knew his wife again, and she bore a son and called his name Seth, for she said, “God has appointed for me another child instead of Abel, for Cain slew him.”

Seth is derived from a Hebrew verb which signifies, “he placed,” or “he established,” and was intended to show that this son would be the foundation on which the promise concerning Christ would rest, even though many other sons should be born unto the parents. Eve does not give him an exalted name, such as “Cain,” but one signifying that the posterity of Seth should never be suppressed or destroyed. The Cainites are left under a curse without any promise whatever, and they have only so much mercy as they receive from the generation of the righteous as beggars, not as heirs.

Eve is highly to be praised as a most holy woman, full of faith and charity, because in the person of her son Seth she so nobly lauds the true Church, paying no regard whatever to the generation of the Cainites. She does not say, I have gotten another son in the place of Cain. She prefers the slain Abel to Cain, though Cain was the first-born. Praise is due not only to her faith but to her eminent obedience; for she is not only not offended at the judgment of God concerning righteous Abel, but she also changes her own judgment concerning God. When Abel was born she despised him, and magnified Cain as the first-born, and as the possessor, as she thought, of the promise. Now she acts quite to the contrary. As if she had said: After God’s acceptance of him and of his offering, I had placed all my hopes on my son Abel, because he was righteous; but his wicked brother slew him. But now God hath appointed me another seed instead of Abel. She does not indulge her maternal affection for Cain. She does not excuse or lessen his sin; but she herself excommunicates him, already excommunicated of God.

In Seth, then, we have a new generation, which arises from and comes to pass in accordance with the great original promise, that the seed of the woman should bruise the serpent’s head. Appropriately the name Seth is bestowed, so that Eve may felicitate herself upon the fact that this seed is established, and safe from overthrow.

Luther, Martin, and John Sander. Devotional Readings from Luther’s Works for Every Day of the Year. Augustana Book Concern, 1915, pp. 98–99.