Apprehended through Faith
Scripture and a reading from Lutherâs sermons and devotional writings
Pastor Mark Ryman - May 4, 2022 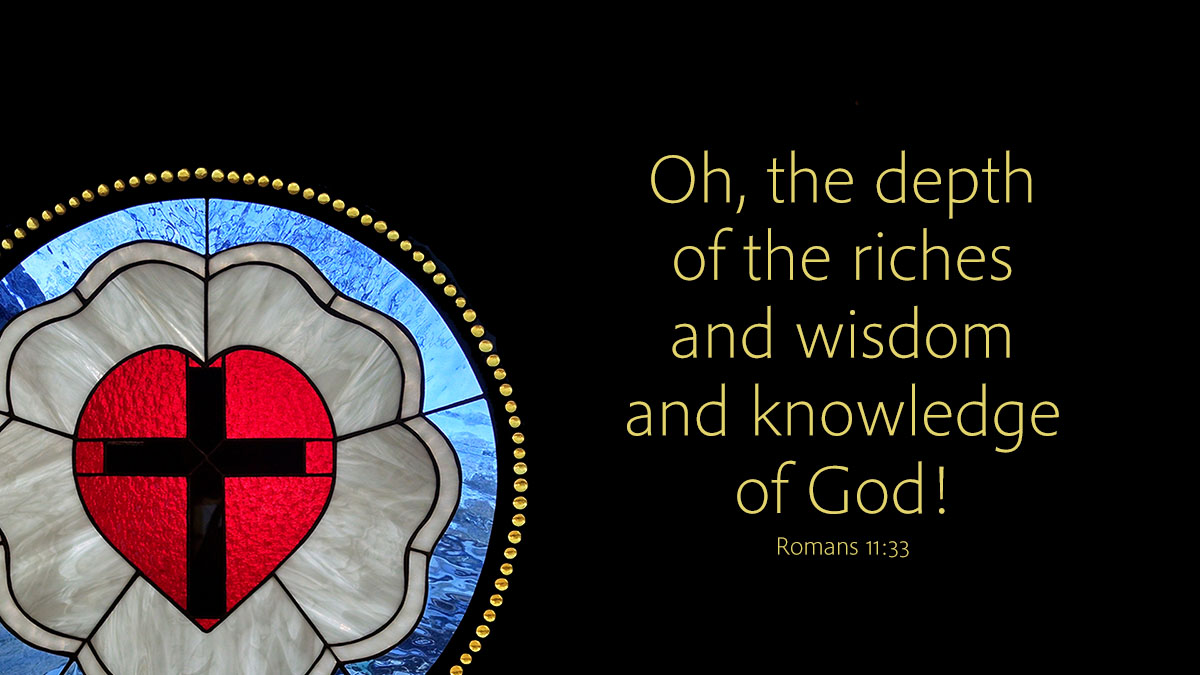 33 O the depth of the riches and wisdom and knowledge of God! How unsearchable are his judgments and how inscrutable his ways! 34 “For who has known the mind of the Lord, or who has been his counselor?” 35 “Or who has given a gift to him that he might be repaid?” 36 For from him and through him and to him are all things. To him be glory for ever. Amen.

Sublime are the thoughts and counsel of God, transcending by far the mind and comprehension of man, yea, of all creatures, when he so richly pours forth his goodness, and out of pure grace and mercy elects, as beneficiaries of that goodness, the poor, and wretched, and unworthy, who are concluded under sin — that is, those who acknowledge themselves guilty before God and deserving of everlasting wrath and perdition; when he does all this that they might know him in his real divine essence, and the sentiment of his heart — that through his Son he will give all who believe everlasting life. And, again, that they might know how he will reject those who, in pride and security, boast of their own gifts, that they are called the people of God in preference to all other nations; who boast that they have special promises; who think that God will acknowledge no nation on earth but themselves as his people and his Church. He will reject them on account of their unbelief, in which they are fettered by the pride and imagination of their own wisdom and holiness.

This is that rich, inexpressible, divine wisdom and knowledge which they possess who believe in Christ, and by which they are enabled to look into the depths and see what the purposes and thoughts of the divine heart are. True, in their weakness they cannot fully reach it; they can only apprehend it in the revealed Word by faith, as in a glass or image. It cannot be apprehended or comprehended otherwise.

Though the world will not do it, we will firmly believe that God is a true God and Lord, wise, just, gracious, whose riches and depth are ineffable. We will glorify him with our whole heart, as he ought justly to be praised and glorified by every creature, for the wonderful government of his Church, through his Word and revelation. He is to be glorified because he manifests such unutterable goodness to all who are in sin and under God’s wrath that he translates them, though they are unworthy, from the power of death and hell into the kingdom of eternal grace and life, if they will only seek grace and believe on Christ, his Son.

Luther, Martin, and John Sander. Devotional Readings from Luther’s Works for Every Day of the Year. Augustana Book Concern, 1915, pp. 162–63.