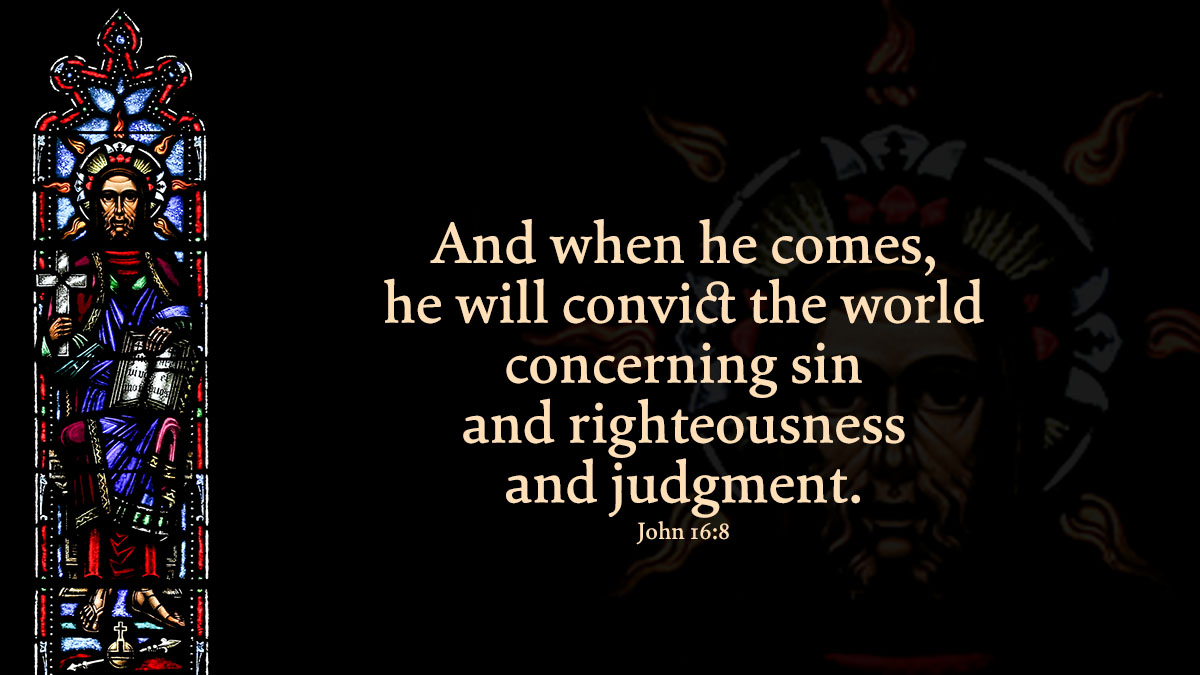 The word “judgment” means the decision between two parties at variance to decide which is right or wrong. It embraces two elements, aid and punishment, that the innocent party be acquitted and helped to his rights; that the guilty be condemned and punished. The word, however, is generally used for the latter element, the legal sentence of condemnation and its consequence. In this sense Christ uses it here and he intends to indicate that when the Holy Spirit shall pursue the two themes of his preaching and shall reprove the world of sin and righteousness, it will not receive it, nor be willing to be reproved, nor be moved to allow the righteousness of Christ to be offered to it. It will set itself against this teaching and reproving of the Holy Spirit, and condemn and persecute it. Then arises the conflict, and one judgment runs contrary to the other.

But Christ says that the Holy Spirit shall retain the superior judgment and shall prevail in his reproving of the world until the last day. In consequence of this Christians get into straits, the cross and persecution begin. Because the kingdom of Christ is not of this world, but spiritual and invisible, the power and might which the world has are directed against the Church by condemning, persecuting and torturing with sword and fire and other means. The world is also incited by the bitter hatred of the devil against Christ, who seeks to blot out and exterminate the Church. Against this hatred of judgment Christ gives comfort. The devil is already judged and the sentence of condemnation has already been pronounced upon him; the only thing wanting is its execution, that the punishment be inflicted upon him in eternal fire.

This judgment proceeds by power and might of the Lord Christ, sitting at the right hand of the Father; it is publicly proclaimed by the office of preaching, that the prince of the world with all his adherents is already under final condemnation and shall accomplish nothing against Christ. He must let him remain the Lord, under whose feet he shall eternally lie and suffer his head to be trodden upon. Christ makes his enemies his footstool. No one believes this except Christians, who take the Lord’s Word for truth and know his power and kingdom.

Luther, Martin, and John Sander. Devotional Readings from Luther’s Works for Every Day of the Year. Augustana Book Concern, 1915, pp. 146–48.