Content with the Gospel
Scripture and a reading from Luther's sermons and devotional writings
Pastor Mark Ryman - January 21, 2022 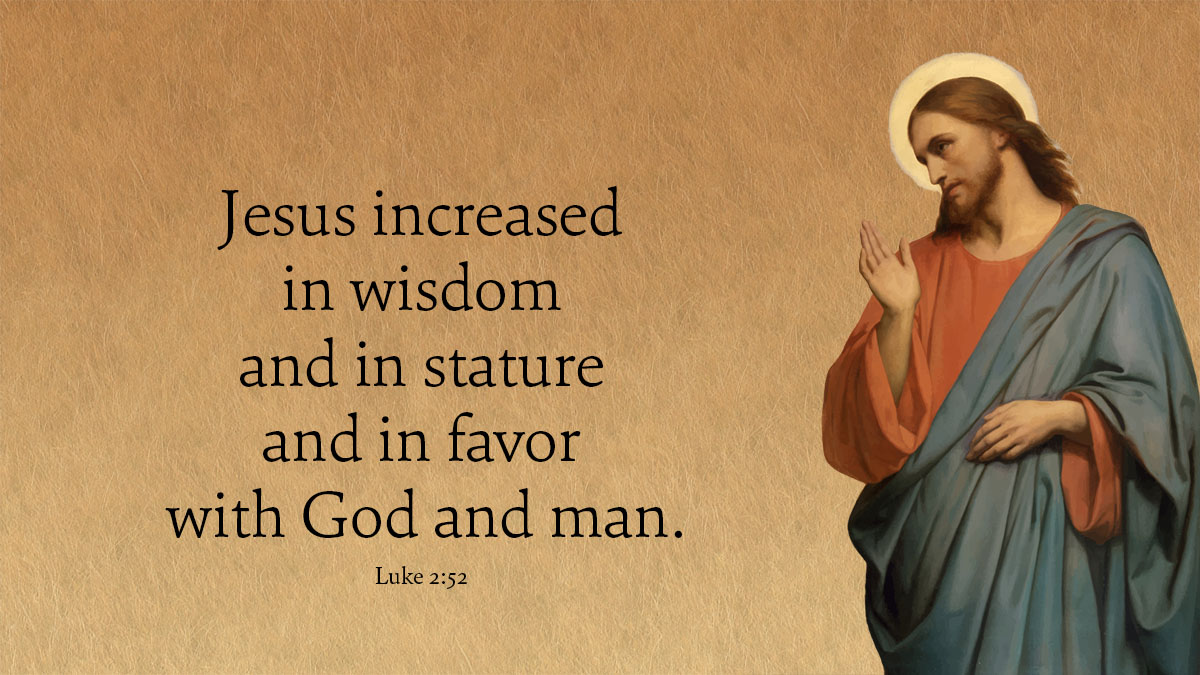 51 And he went down with them and came to Nazareth, and was obedient to them; and his mother kept all these things in her heart. 52 And Jesus increased in wisdom and in stature, and in favor with God and man.

Some inquisitive people who are not satisfied with the information given in the Scriptures have desired to know what Christ did in his childhood, and have received their reward for their curiosity. Some fool or knave has fabricated a legendary book on the childhood of Christ, and has not been afraid to write down his lies and frauds, relating how Christ went to school and a great deal of absurd and blasphemous tomfoolery. Thus with his lies he jests at the expense of the Lord, whom all the angels adore and fear, and before whom all creatures tremble, so that this rascal would have deserved to have a millstone hanged about his neck and to have been sunk in the depths of the sea, because he did not esteem the Lord of all more than to make him an object of his buffoonery.

Christ never went to school, for no schools like ours existed at that time. He did not even have an elementary education. The Jews marveled, saying: “How knoweth this man letters, having never learned?” Yet they were astonished at his wisdom. They thought it strange that a layman and the son of a carpenter should have such great knowledge, having never studied. Therefore they were offended in him and thought that he must be possessed of an evil spirit. Let us then be satisfied with the narrative of the gospel, which tells us enough of his childhood. Luke writes that he “increased in wisdom and stature.” Later on he writes that he was subject to his parents. What else should he have related? He was brought up like other children, with the exception that, as some children excel others in ability, Christ was an extraordinary, clever child. Thus no more could be written concerning him than is recorded by Luke. The time for performing miracles had not yet come.

Some are perplexed by the words of Luke according to which Christ, although he was God, “increased in wisdom and stature.” We must understand the words of Luke as applying simply to the human nature of Christ, which was an instrument and temple of the Godhead. As he grew in stature his reason developed, and with the development of his reason he became stronger in the Spirit and filled with wisdom before God, in himself and before men.