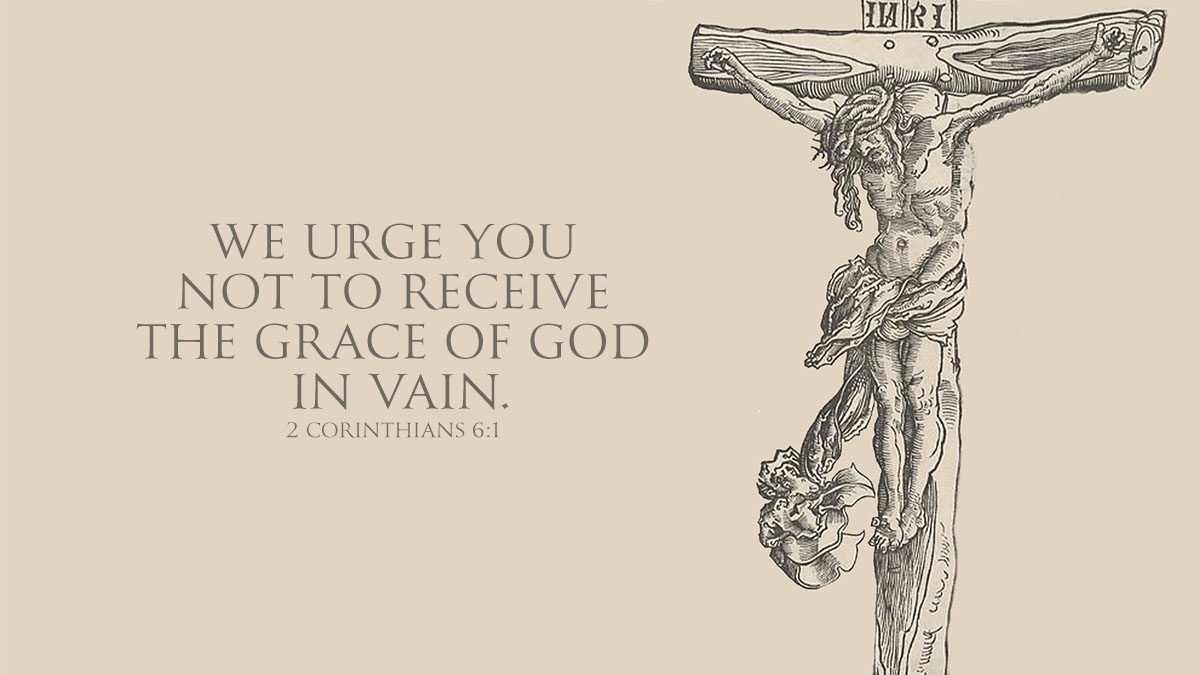 20 So we are ambassadors for Christ, God making his appeal through us. We beseech you on behalf of Christ, be reconciled to God. 21 For our sake he made him to be sin who knew no sin, so that in him we might become the righteousness of God. 6:1 Working together with him, then, we entreat you not to accept the grace of God in vain.

The apostle’s purpose in beseeching his co-laborers is to prevent them from despising the external Word as something inessential or sufficiently well known to them. Though God is able to effect everything without the instrumentality of the external Word, working inwardly by his Spirit, this is not his way of doing. He uses preachers and co-workers to accomplish his purpose through the Word when and where he pleases. Since preachers, therefore, have the office, name and honor of fellow-workers with God, no one must consider himself too learned or too holy to ignore or despise the most inferior preaching, especially as he knows not when the hour may come wherein God will perform his work in him through preachers.

Paul wishes also to show the danger of neglecting the grace of God. He boldly declares here that the preaching of the gospel is not an eternal, continuous and permanent mode of instruction, but rather a passing shower, which hastens on. What it strikes, it strikes; what it misses, it misses. It does not return, nor does it stand still. The sun and heat follow and dry it up. Experience shows that in no part of the world has the gospel remained pure beyond the length of a man’s memory. When its pioneers were gone, the light disappeared; factions, spirits, and false teachers immediately followed.

Moses announced that the children of Israel would corrupt themselves after his death, and the book of Judges sufficiently testifies that such was really the case. King Joash did right as long as the high priest Jehoiada lived, but after the latter’s death, it was soon ended. Soon after the time of Christ and his apostles the world was filled with seditious preachers and false teachers. Therefore to receive the grace of God in vain is nothing less than to hear the pure Word of God, and yet remain listless and irresponsive. Ungrateful for the Word and unappreciative of it, we merit its loss. Such were the guests bidden to the supper, but who refused to come, and, going about their own business, provoked the master’s anger until he swore they should not taste his supper.

Luther, Martin, and John Sander. Devotional Readings from Luther’s Works for Every Day of the Year. Augustana Book Concern, 1915, pp. 79–80.