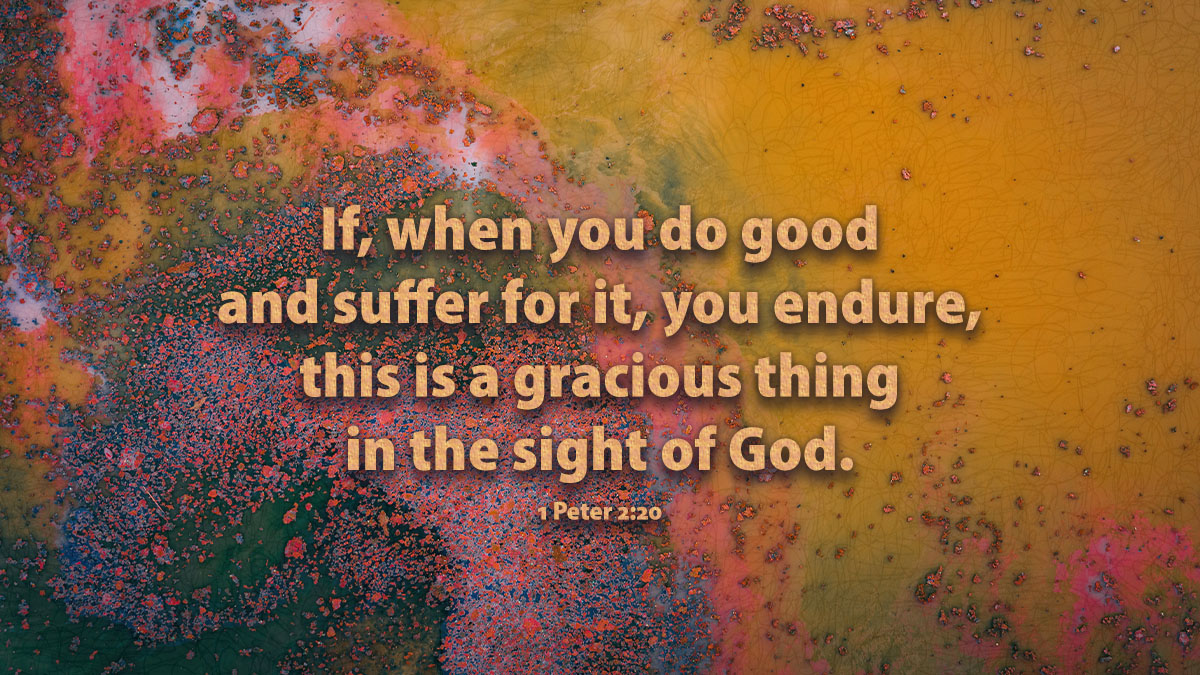 When the individual accepts Christ and begins to profess his faith in words and life, invariably the world, that eternal enemy of Christ and faithfully obedient servant of the devil, will be dissatisfied. The world regards it contemptible, disgraceful, to live any life but one pleasing to itself, to do and speak aught but as it desires. Its rage is excited toward the Christian and it proceeds to persecute, to torture, even to murder him when possible. We often hear the wiseacres and scoffers say that Christ could have enjoyed peace had he so desired. The same may be said of Christians; they could have peace and pleasure if they would but take advice and conform to the world.

What are we to do? It is a fact that to maintain and obey the truth is to stir up wrath and hatred. Even the heathen assert as much. But the fault lies not with the advocate of truth but with its rejecters. Is the truth not to be preached at all? Must we be silent and permit all mankind to go direct to hell? Who could or would heap upon himself the guilt of such negligence? The godly Christian, who looks for eternal life after the present one and who aims to help others to the same happy goal, assuredly must act the part he professes, must assert his belief and show the world how it travels the broad road to hell and eternal death. But to do so is to antagonize the world and incur the displeasure of the devil.

Since there is no escaping the fact that he who would confess Christ and make the world better must in return for his service and benefactions heap upon himself the enmity of the devil and his adherents, we must remember that it is incumbent upon us to have patience when the world manifests its bitterest, most hateful enmity toward our doctrine and toward our very lives; when it reviles and slanders and persecutes us to the utmost for our principles. Peter here admonishes and persuades Christians unto patience under these circumstances, and at the same time seeks to comfort them with tender and impressive words. If you would be a Christian, then be not so terribly alarmed and so extremely impatient at the torments of the world and the devil.

Luther, Martin, and John Sander. Devotional Readings from Luther’s Works for Every Day of the Year. Augustana Book Concern, 1915, pp. 129–30.