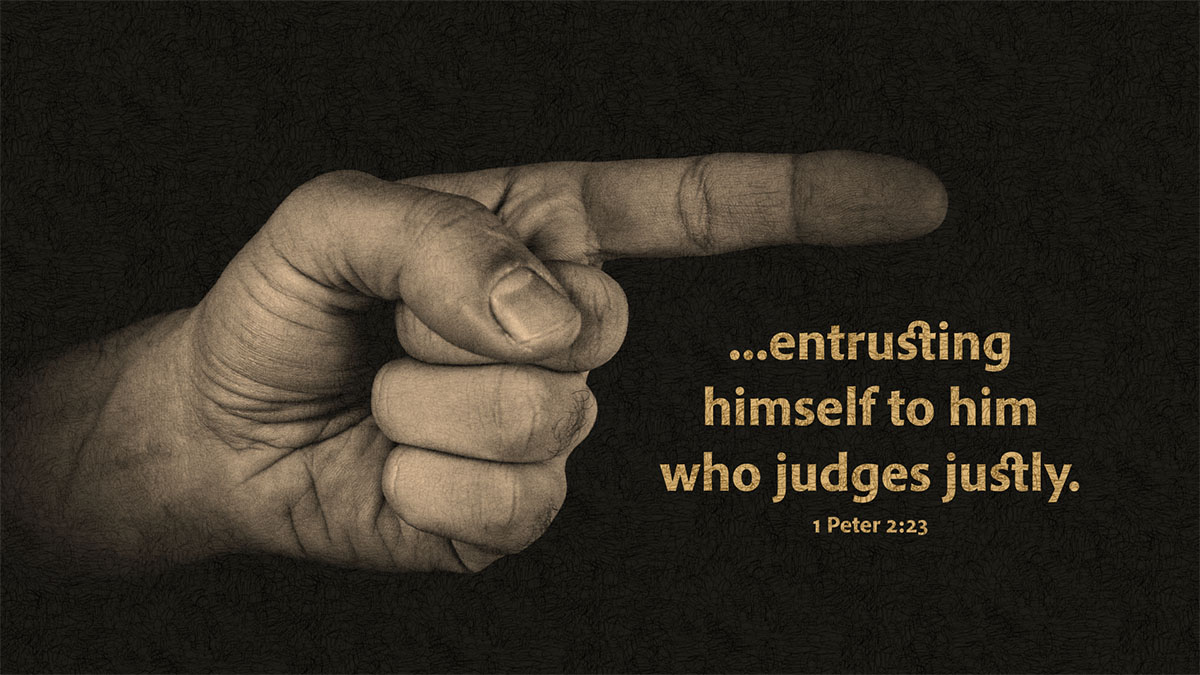 21 For to this you have been called, because Christ also suffered for you, leaving you an example, that you should follow in his steps. 22 He committed no sin; no guile was found on his lips. 23 When he was reviled, he did not revile in return; when he suffered, he did not threaten; but he trusted to him who judges justly.

The apostle had just been saying that Christ reviled not, nor thought of revenge, but rather manifested love and good will toward his virulent enemies. How could Christ approve such malice? Truly he could not endorse it. Nor could he commend his enemies for putting him to death upon the cross without a cause. If I suffer innocently and am unjustly treated, I am not to justify the ill treatment and strengthen the enemy in his sins; for, so doing, I would approve his conduct and assume the guilt attributed. I must not cease to confess the truth and maintain my innocence, both in heart and with my lips. But if men will not accept my word, my heart must tell me I have suffered injustice. Rather should I endure ten deaths, could my enemies inflict them, than to condemn myself in violation of conscience.

But what are we to do? If we do not justify our enemies when they make us suffer, they will even do worse things to us; for they desire the name and the credit, in the eyes of the world, of having done right by us; they would have it thought that they do God great service by murdering us. Now, who is to judge and decide the question? Peter declares that Christ committed the matter to him who judges righteously. How should he do otherwise? There was for him no judge on earth. He was compelled to commit the matter to that righteous judge, his heavenly Father. Well he knew that such sins and blasphemies could not go unpunished. The sentence was already passed, the sword sharpened, the angels given orders for the overthrow of Jerusalem. Previous to his sufferings, on his way to Jerusalem, as he beheld the city, he announced its coming doom and wept over it.

As Christ did, so should we conduct ourselves in our sufferings; not approving or assenting to whatever may be heaped upon us, but yet not seeking revenge. We are to commit the matter to God who will judge aright. We cannot maintain our rights before the world; therefore we must commit our cause to God, who judges righteously and who will not allow calumniation of his Word and persecution of believers to pass unpunished. Why, then, should I be impatient or desire revenge?

Luther, Martin, and John Sander. Devotional Readings from Luther’s Works for Every Day of the Year. Augustana Book Concern, 1915, pp. 59–60.