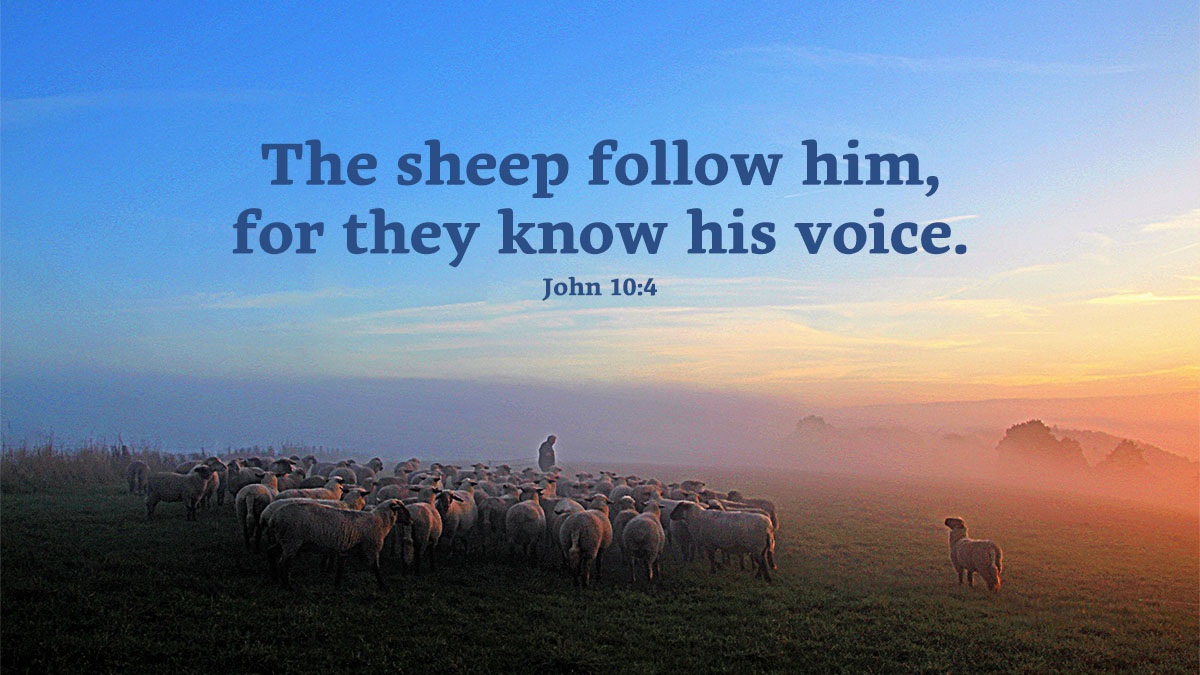 1 “Truly, truly, I say to you, he who does not enter the sheepfold by the door but climbs in by another way, that man is a thief and a robber; 2 but he who enters by the door is the shepherd of the sheep. 3 To him the gatekeeper opens; the sheep hear his voice, and he calls his own sheep by name and leads them out. 4 When he has brought out all his own, he goes before them, and the sheep follow him, for they know his voice.

This leading them out is Christian liberty. They are now free; no longer penned up and captive under anxious constraint and fear of the law and of divine judgment, but happily pastured and nourished in Christ’s sweet kingdom of grace. This liberty does not mean that the sheep, now without a fold and without a keeper, may run from their shepherd unrestrained into error; or that Christians can do whatsover the flesh lusteth. It means that now free from the terror of wolves, thieves, and murderers, they may live with their dear shepherd, in love and pleasure following where he leads and guides them; because they know that he defends and lovingly oversees them so that the law dare no longer accuse and condemn them, even though they are weak as to the flesh and have not perfectly fulfilled the law. For the Lord, God’s Son, is the shepherd, who takes the sheep under his grace, his shelter and protection; he who will accuse or condemn the sheep must first accuse or condemn the Lord himself.

This is the Christian’s life under their shepherd. Christ ever rules, leads and guides them. They remain with him in the liberty of faith, wherein they walk, following his example in obedience and good works. Christ’s kingdom was not instituted that we might indulge the lusts of our flesh; but that we, released from the captivity of the law, under which we could not in sincerity do anything good, follow Christ cheerfully and with a good conscience in our lives and works. Each responds as Christ calls him, a special instrument for Christ’s use.

To follow Christ means that our whole life and all our works be in the faith of Christ — a constant exercise of faith, wherein we are recognized and are assured that because of this dear shepherd we have favor with God. Thus our works and lives, weak and imperfect in obedience as they are, are also under the wings of the mother hen, and are pleasing to God because of the shepherd. In this confidence we now begin to be obedient, to call upon him in our temptations and needs, confess his Word, and serve our neighbors. To this end a Christian constantly needs the Word of Christ; he needs to learn from it and to exercise himself in it.

Luther, Martin, and John Sander. Devotional Readings from Luther’s Works for Every Day of the Year. Augustana Book Concern, 1915, pp. 231–32.