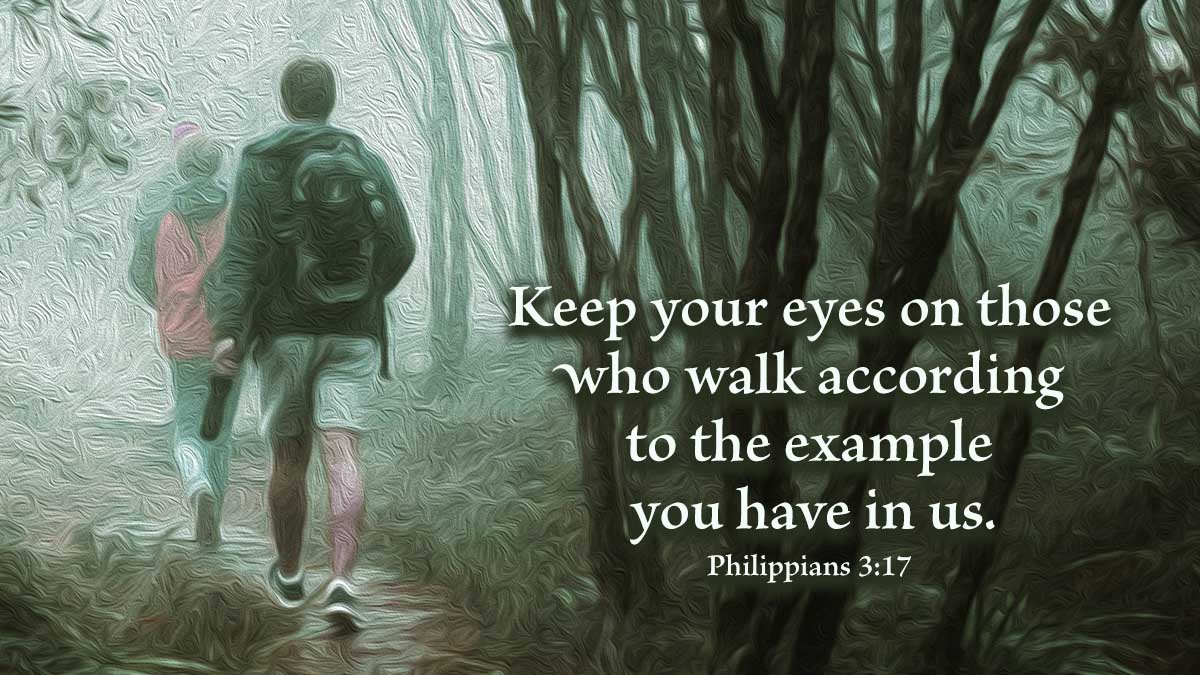 17 Brethren, join in imitating me, and mark those who so live as you have an example in us. 18 For many, of whom I have often told you and now tell you even with tears, live as enemies of the cross of Christ. 19 Their end is destruction, their god is the belly, and they glory in their shame, with minds set on earthly things. 20 But our commonwealth is in heaven, and from it we await a Savior, the Lord Jesus Christ, 21 who will change our lowly body to be like his glorious body, by the power which enables him even to subject all things to himself.

Paul, contemplating with special interest and pleasure his Church of the Philippians, is moved by parental care to admonish them to hold steadily to what they have received, not seeking anything else and not imagining themselves perfect with complete understanding in all things. He particularly admonishes them to follow him and to mark those ministers who walk as he does; also to shape their belief and conduct by the pattern they have received from him. He not only makes an example of himself, but introduces those who similarly walk, several of whom he mentions in this letter to the Philippians. The individuals whom he bids them observe and follow must have been persons of special eminence. But it is particularly the doctrine which the apostle would have the Philippians pattern after. Therefore we should be chiefly concerned about preserving the purity of the office of the ministry and the genuineness of faith. When these are kept unsullied, doctrine will be right, and good works spontaneous.
Apparently Paul is a rash man to dare boast himself a pattern for all. Other ministers might well accuse him of wishing to exalt his individual self above others. “Think you,” our wise ones would say to him, “that you alone have the Holy Spirit, or that no one else is as eager for honor as yourself?” Just so did Miriam and Aaron murmur against Moses, their brother, saying: “Hath the Lord indeed only spoken by Moses? hath he not spoken also by us?” Paul, however, does not say, “I, Paul, alone;” but, “as ye have us for an example.” That does not exclude other true apostles and teachers. He admonishes his church, as he everywhere does, to hold fast to the one true doctrine received from him in the beginning. They are not to be too confident of their own wisdom in the matter; but rather to guard against pretenders to a superior doctrine, for so had some been misled. At that time many Jews went about with the intent of perverting Paul’s converts, pretending that they taught something far better, drawing the people away from Christ and back to the law in order to establish and extend their Jewish doctrines.

Luther, Martin, and John Sander. Devotional Readings from Luther’s Works for Every Day of the Year. Augustana Book Concern, 1915, pp. 349–50.