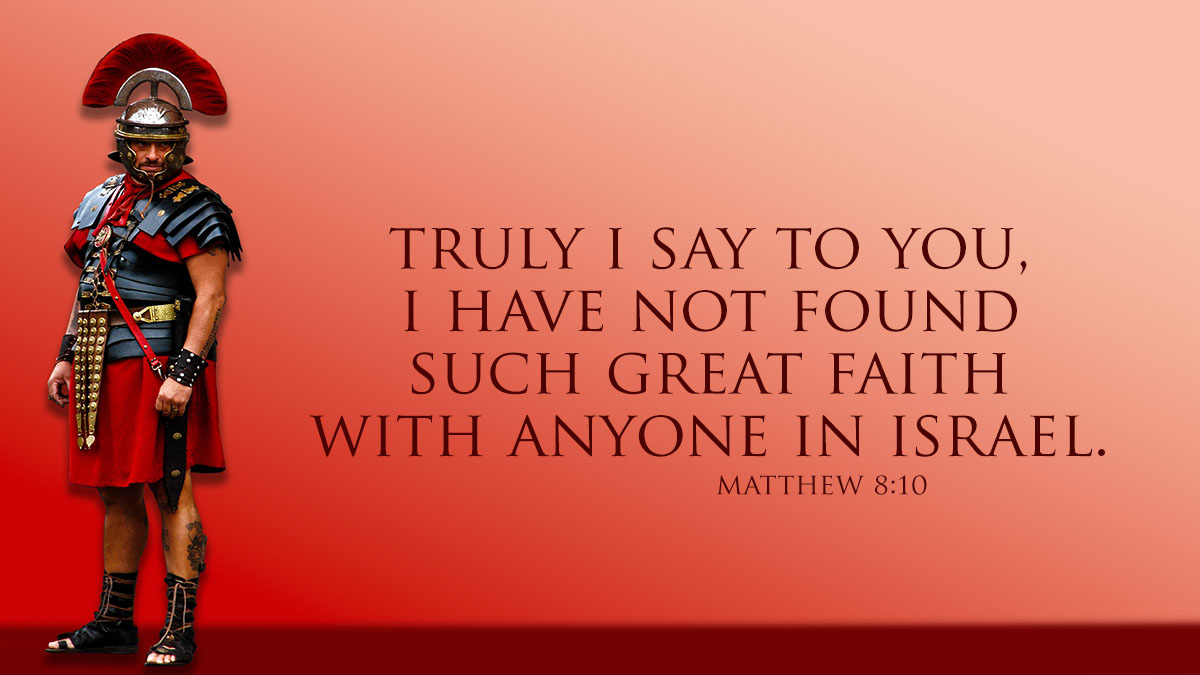 5 As he entered Caperna-um, a centurion came forward to him, beseeching him 6 and saying, “Lord, my servant is lying paralyzed at home, in terrible distress.” 7 And he said to him, “I will come and heal him.” 8 But the centurion answered him, “Lord, I am not worthy to have you come under my roof; but only say the word, and my servant will be healed. 9 For I am a man under authority, with soldiers under me; and I say to one, ‘Go,’ and he goes, and to another, ‘Come,’ and he comes, and to my slave, ‘Do this,’ and he does it.” 10 When Jesus heard him, he marveled, and said to those who followed him, “Truly, I say to you, not even in Israel have I found such faith.

This saying of Christ has been discussed with solicitude, lest it should imply that Christ did not speak truly, or that the mother of God and the apostles were inferior to this centurion. Although I might say that Christ is speaking of the people of Israel, among whom he had preached and to whom he had come, and therefore his mother and his disciples were excluded, because they traveled with him and came with him to the people of Israel in his preaching, nevertheless I will abide by the words of the Lord and take them as they stand.

First, it is against no article of belief that this faith of the centurion was without a parallel among the apostles or the mother of God. When no article of faith openly contradicts the words of Christ, they are to be taken literally, are not to be adapted and bent by our interpretation, neither for the sake of any saint or angel, nor of God himself. For his Word is the truth above all saints and angels. Such interpretation and adaptation spring from a carnal mind to estimate the saints of God not according to God’s grace, but according to their person, and greatness, which is contrary to God, who estimates quite differently, according to his gifts alone. God frequently does through inferior saints what he does not do through great saints. He concealed himself from his mother, when he was twelve years old, and suffered her to be in ignorance and error. On Easter Sunday he showed himself to Mary Magdalene, before he showed himself to his mother and the apostles. He spoke to the Samaritan woman, and to the woman taken in adultery, more kindly than he spoke to his mother. When Peter fell and denied him, the thief on the cross stood firm in his faith.

By these and similar wonders he shows that he will not have his Spirit in his saints limited by us, and that we are not to judge according to the person. He wills to bestow his gifts freely, according to his pleasure, not to our opinion. The purpose of all this is to prevent men from being presumptuous toward others and from elevating one saint above another, thus creating divisions. All are to be equal in the grace of God, however unequal they are in gifts.