God's Image in Our Neighbor
Scripture and a reading from Luther's sermons and devotional writings
Pastor Mark Ryman - June 26, 2022 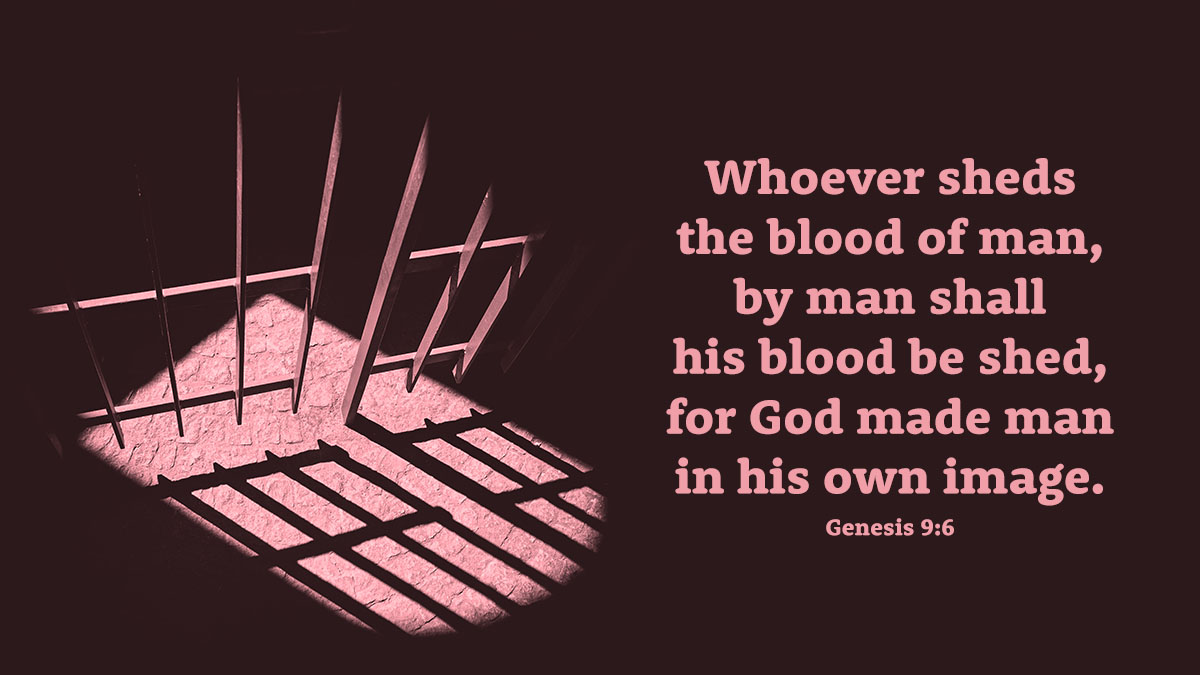 5 For your lifeblood I will surely require a reckoning; of every beast I will require it and of man; of every man’s brother I will require the life of man. 6 Whoever sheds the blood of man, by man shall his blood be shed; for God made man in his own image.

When God saw that the world was growing worse and worse, he finally enforced punishment against the wicked world by the flood. Here, however, God bestows a share of his authority upon man, giving him the power of life and death, that thus he may be the avenger of bloodshed. Whosoever takes life without due warrant, him God subjects not only to his own judgment, but also to the sword of man. But men have no authority to slay except where guilt is apparent and crime is proven. Hence courts have been established and a definite method of proceeding instituted for the purpose of investigating and proving the crime before the sentence of death is passed.

The importance of this text and its claim to attention consists in the fact that it records the establishment of civil authority by God with the sword as the sign of power, in order that licence may be curbed and anger and other sins prevented from growing beyond all bounds. God foresaw that wickedness would ever flourish, and established this external remedy to prevent the infinite spread of license. By this safeguard God protects life and property. We find here no less a proof of God’s great love toward man than his promise that the flood shall never rage again.

Man is a noble creature, who, unlike other living beings, has been fashioned according to the image of God. While it is true that he has lost this image through sin, it is capable of being restored through the Word and the Holy Spirit. This image God desires us to revere in each other; he forbids us to shed blood by the exercise of sheer force. But the life of him who refuses to respect this image of God in man, and gives way to anger and provocation, is surrendered to civil authority by God, in that God commands that also his blood shall be shed.

Thus the passage under consideration teaches the establishment of civil authority in the world, which did not exist before the flood, by which they who have the sword are commanded to use it against those who have shed blood. Therefore it is for us to render obedience to the divine order and to endure it, so that we are not disobedient to the will of God at the very point where we derive benefit in so many ways.

Luther, Martin, and John Sander. Devotional Readings from Luther’s Works for Every Day of the Year. Augustana Book Concern, 1915, pp. 228–29.