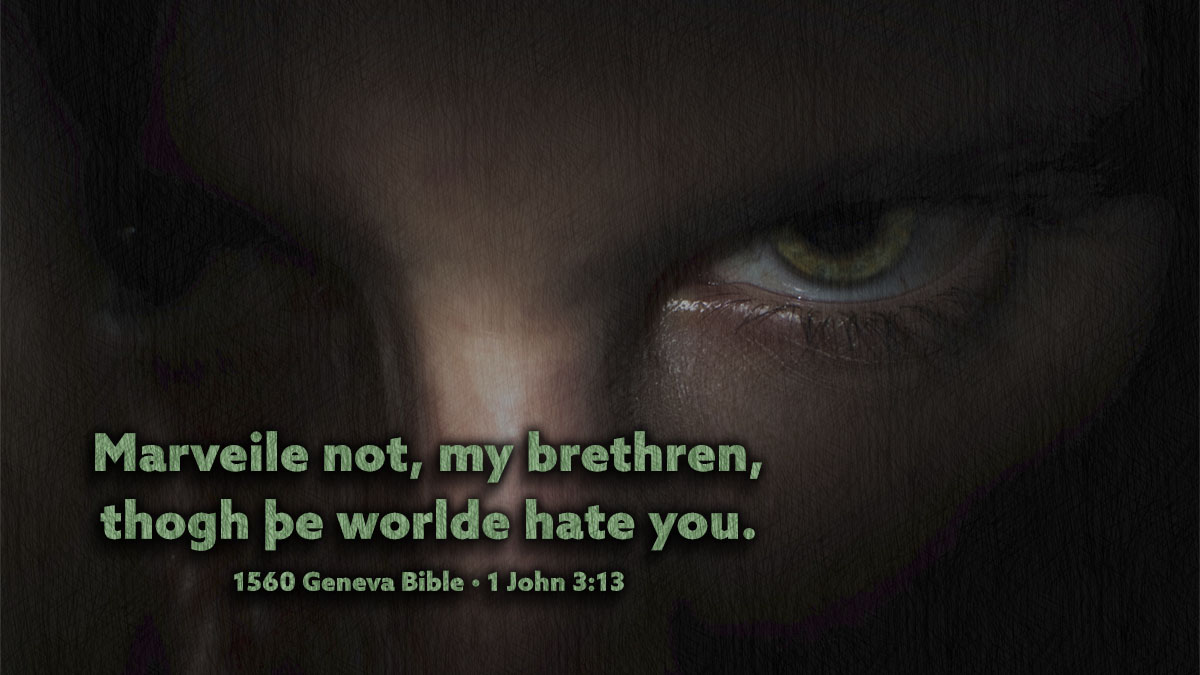 Do not wonder, brethren, that the world hates you.

Why this hostility? Because the apostles sought to deprive the world of its idolatry and damnable doings. Such good works the world could not tolerate. What it desires is nothing but praise and commendation for its own evil doings, expecting from God the impossible endorsement, “Your deeds are good and well-pleasing to me. You are pious children. Just keep on cheerfully killing all who believe and preach my Word.”

In the same way the world conducts itself to-day with reference to our gospel. For no other reason are we hated and persecuted than because we have, through God’s grace, proclaimed his Word that has rescued us from the blindness and idolatry in which we had sunken as deeply as the world, and because we desire to rescue others. We preach no other doctrine than faith in Christ, which they themselves confess in words. We differ only in our claim that Christ having been crucified for us and having shed his blood to redeem us from sin and death, our salvation is not effected by our works, or holiness or devotion. The fact that we do not regard their faithless worship equal to Christ himself, but teach men to trust in the grace of God and not in their own worthiness, and to render him gratitude for his grace—this fact is intolerable to the world. No unity or harmony is to be hoped for; the world will not forsake its idolatry nor receive the faith.

So to understand the world as to know what we may expect from it is essential and valuable to the Christian. Thus armed he will not be dismayed and become impatient of suffering, nor permit its malice and ingratitude to mislead him to hate and desire for revenge. He will keep his faith and love, suffering the world to go its way if it refuse to hear his message. The Christian should expect nothing better from the world than its bitter persecution for his good works and love, Such knowledge is comforting to the godly little company of Christians. If they fare better, they thank God for it. But they are ever to abide in love toward God, whose love they have received and felt, and likewise toward men, their enemies not excepted.

Luther, Martin, and John Sander. Devotional Readings from Luther’s Works for Every Day of the Year. Augustana Book Concern, 1915, pp. 275–76.