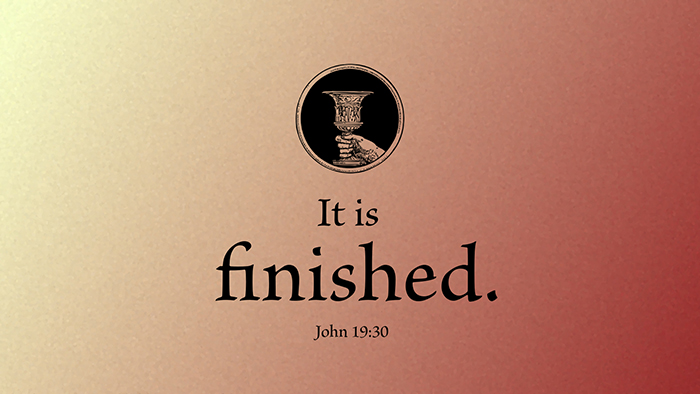 The way you know a person is really dead is if he ends up getting buried. Jesus died. That is why they buried him. We confess with the Scriptures that Jesus was so truly dead that they buried him. This means that they spent the short time yet available to them to prepare the body before burial. His lifeless body was taken down from the cross and made ready for the grave by rubbing the body with spices and wrapping it in cloths. Using these spices would have covered the stench of expected decay. Having taken the time to prepare the corpse is another sign that Jesus was dead—so very dead that they embalmed him and laid him to rest.

We confess that Jesus died and was buried because he would soon rise from the dead. When he walks from the tomb and greets Mary three days hence, we can say that this Christ who now lives, had been dead and laid in a tomb. First, however painful it is to say, we must admit that Jesus suffered, was crucified, truly died, and was buried.

Prayer: Lord of life, having been baptized into your death, we give you thanks that we now face our own graves with the expectation of the life to come. Amen. Check out Sola’s Confirmation workbook, The Apostles' Creed, designed to be a small group Bible study, student book for home school or independent study programs, or as a classroom tool and homework resource as part of an existing confirmation program.