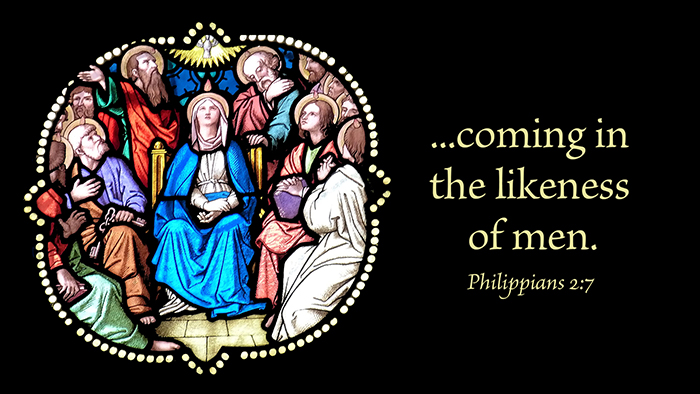 From the Word: 5 Have this disposition among yourselves, which was also in Christ Jesus, 6 who, existing in the form of God, did not consider equality with God something to be grabbed, 7 but emptied himself, becoming the essence of a servant, coming in the likeness of men. (Philippians 2:5–7)

Prayer: O Incarnate Love of God, thank you for not letting go of me. Amen.