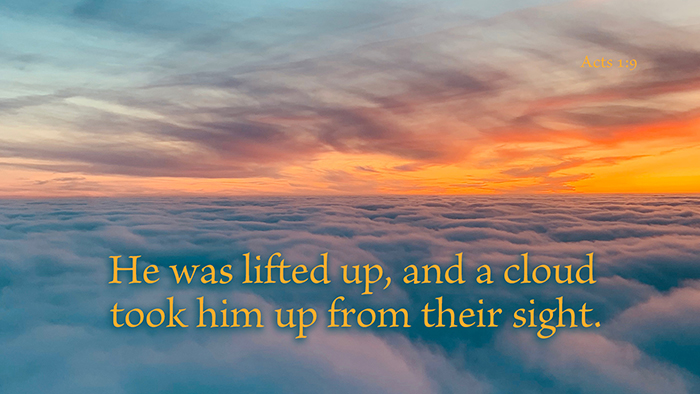 From the Word: And when he had said these things, as they were watching, he was lifted up, and a cloud took him up from their sight. (Acts 1:9)

Pulling It Together: Jesus ascended; he was raised to the Father’s side in heaven so that he may share in the fullness of divinity (Phil 2:9). He is not simply God, nor only a man; Jesus is now God in the flesh, seated at the Father’s right hand. He is ascended to the position of power and glory that is due God alone. And because he is also man, those who believe in him may also hope for both resurrection and ascension. We do not look forward to merely being raised from the dead, but to being lifted up to heaven where we will live forever in the glorious presence of Christ Jesus (1 Thes 4:15–17).

Learning About Baptism teaches the meaning of Holy Baptism according to the pattern of Luther's Small Catechism, and is recommended for the First Grade Level. Each week focuses on a specific Bible story which illustrates the theme, with additional references from Scripture and Luther's Small Catechism - Children's Version. Lessons focus on Baptism as a promise from God, emphasizing the power of God's Word in the Sacrament to create faith and repentance in our daily life.