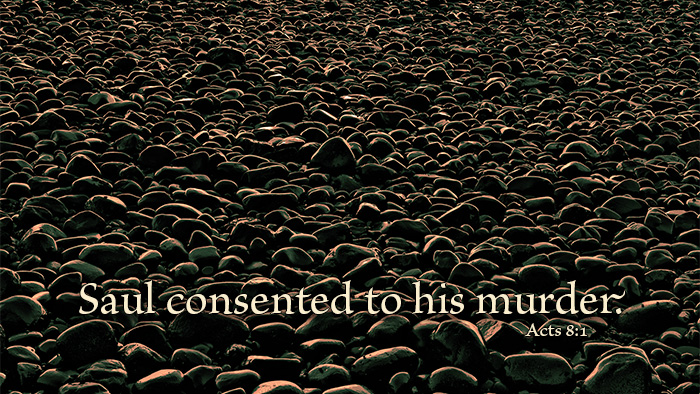 From the Word: 1 And Saul consented to his murder. And there arose on that day a great persecution against the church in Jerusalem; and they were all—except the apostles—scattered about the regions of Judea and Samaria. 2 Yet devout men gathered Stephen, and made great lamentation over him. 3 But Saul devastated the church. Entering house after house, he dragged off men and women and delivered them to prison. (Acts 8:1–3)

For this reason also, God has added a solemn threat to this commandment: “The Lord will not hold him guiltless who takes his name in vain.” That is, no one who violates this commandment will be overlooked or left unpunished. As little as God will leave one unpunished if he turns his heart from him, just as little will he allow his name to be employed for dressing up a lie.

Pulling It Together: Some of the things that are done in God’s name are appalling. Name-calling, threats, imprisonment, and murder are bad enough but when they are done under the cover of religion, these things are contemptible. Be careful what you say and do on behalf of God. He will not have his name sullied by anyone.

Prayer: Make me thoughtful, Lord, and careful with your reputation. Amen. 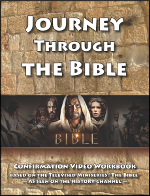 Journey Through the Bible is a twenty-session series written by Tony Stoutenburg, intended as a video study guide for watching the made-for-television miniseries, "The Bible" — a ten-part video available on DVD and Blueray. (Note: For those who do not have access to “The Bible” Miniseries, it is certainly possible to substitute other videos or clips to tell the same stories. The classroom portion of this book also can be used as a stand-alone, 10-session study.)

Alternating between classroom discussion and video viewing sessions, the goal is to visually expose students to the stories of the full Biblical narrative across the Old and New Testaments. The curriculum is aimed at the middle-school age level for use as an introductory pre-confirmation Bible overview or as a year-long Confirmation unit. (Click HERE to purchase the Leader's Guide.)