Lessons in the Lutheran Confessions
Concerning Both Kinds in the Sacrament
Pastor Mark Ryman - March 23, 2021 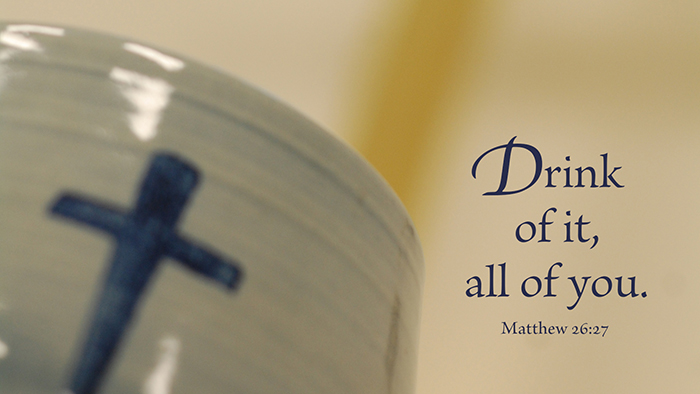 Concerning Both Kinds in the Sacrament

In our churches, the laity are given both elements in the Sacrament of the Lord's Supper, because the Lord has commanded, “Drink of it, all of you.” (Matt 26:27) If someone says that this only applied to Christ's disciples or to priests, Paul offers an example (1Cor 11:27) in which it appears that the whole congregation received both kinds. This usage has long been the pattern in the Church. Cyprian (Epistle 57.2) and Jerome bear witness that this was the practice in the Church, Jerome writing, “The priests administer the Eucharist, and distribute the blood of Christ to the people.” Pope Gelasius commanded that the Sacrament not be divided (dist. 2, Concerning Consecration). Only relatively recent custom divides the usage. It is not known when or by whose authority, it was changed, although Cardinal Cusanus mentions the time when it was approved. It is evident that any custom introduced against the commandments of God must not be allowed, as the Canons witness (dist. III., cap. Veritate, and the following chapters). Nevertheless, this custom has been received, not only against the Scripture, but also against the old Canons and the ancient practice of the Church. Therefore, if any preferred to receive both kinds of the Sacrament, they ought not to have been compelled to offend their consciences by doing otherwise. Since the division of the Sacrament does not agree with Christ's own institution, we have discontinued the procession of the Sacrament.

Pulling It Together: The command of Christ is clear: all Christians—not simply the clergy—should drink the cup of our Lord. He does not deny his body and blood to anyone who would receive him by faith. This has been the practice of the Church from the time of the institution of the Supper by our Lord. When we begin to change the plain meaning of God's Word or remove words that offend us, we offend God and are condemned by the very words we omit. We might reason that the blood is surely present in the Lord's body, and that therefore the bread is sufficient for the laity. This misses the point; it is not our place to argue what Christ has instituted. So, Lutherans take a stand with the Scripture and with Christ, offering both bread and wine to all the faithful.

Prayer: Thank you, Jesus, for giving me all of you. Amen. 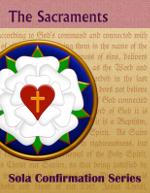 The Sacraments is a ten-week study, including sessions on Baptism, Communion, and the Office of the Keys. The Bible Study lessons in The Sacraments series emphasize the connection between Old and New Testaments, by drawing on sacramental themes foreshadowed in familiar Old Testament stories, and how the promises of God "for you" are expressed and fulfilled in Christ.