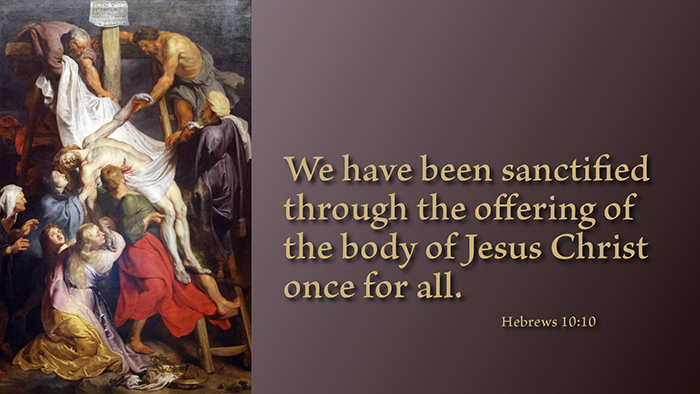 The demand for Private Masses has greatly increased because of the thought that Christ, by his passion, made satisfaction only for original sin, and had instituted the Mass as an offering to be made for daily sins. The result is the common opinion that the Mass takes away the sins of the living and the dead by the outward act. Then it was disputed whether one Mass said for many was worth as much as private Masses for individuals. This brought about innumerable Masses whereby people wished to obtain from God all that they needed. Meanwhile, faith in Christ, and true worship were forgotten.

Our teachers have warned that these opinions depart from the Holy Scriptures and also diminish the glory of the passion of Christ. His passion was an offering and satisfaction, not for original guilt only, but also for all other sins, as it is written, “We have been sanctified through the offering of the body of Jesus Christ once for all.” (Heb 10:10) It is also written, “For by a single offering he has perfected for all time those who are sanctified.” (Heb 10:14) It is an unprecedented innovation in the Church to teach that by his death Christ made satisfaction only for original sin and not for all other sin also. May everyone understand that this error has been rebuked for good reason.

Pulling It Together: It was believed that the Mass was an additional sacrifice that atoned for people's sins—indeed, not just the sins of the living but the dead as well. Because the Church had come to accept that Christ's death only atoned for Original Sin, daily sins were not covered by his death. New Masses, it was thought, needed to be said for these sins—whether ordinary or mortal. It was further questioned whether corporate or individual Masses might be more efficacious. This resulted in Private Masses being purchased by persons for individual redemption. The real consequence, however, was that the focus of worship was no longer faith in Christ but instead, trust in the work of the Mass done at a person's behest.

As this belief is philosophical, not scriptural, Lutherans confess that the Mass is a Sacrament for all sin, and for public usage. Holy Communion does not belong to those who can afford it, but to the whole Church. This was not only the ancient practice of the Church Fathers but that of the Church in Apostolic times. Then and now, the one offering of Christ alone sanctifies and redeems poor sinners from both original and subsequent sin.

Prayer: I thank and praise you, Lord, for your precious gift of grace. Amen. 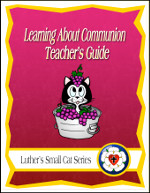 This booklet teaches the meaning of Holy Communion according to the pattern of Luther's Small Catechism and is recommended for the Fifth Grade Level. Each week focuses on a specific Bible story that illustrates the theme, with additional references from Scripture and Luther's Small Catechism - Children's Version. Lessons emphasize the sacramental promise of the forgiveness of sins conveyed to us in the body and blood of our Lord Jesus Christ. This booklet was designed to be used as a Sunday School unit, or for classes to prepare students for their First Communion.