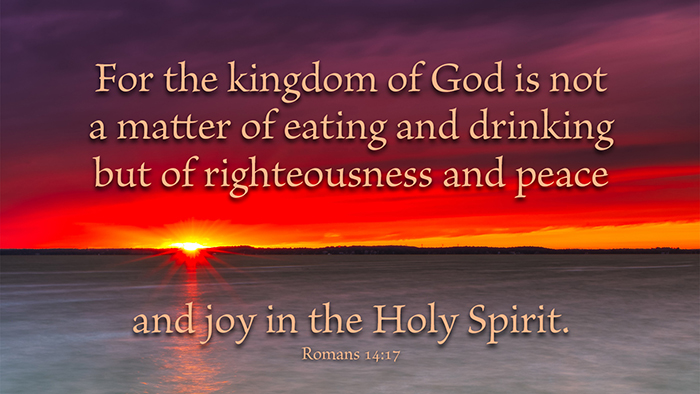 It has been the general view of the people and those teaching in the churches, that making Distinctions of Meats and similar traditions of men are works that earn grace—that these works are able to make satisfactions for sins. Therefore, new ceremonies, orders, holy days, and fasts were established daily. The teachers in the churches demanded these works as a service necessary to merit grace, greatly terrifying people's consciences if they failed to perform any of these things. This view of traditions has caused much damage in the Church.

First, the doctrine of grace and of the righteousness of faith has been rendered unclear. This is the chief part of the Gospel, and ought to stand out as the most prominent in the Church, in order that the merit of Christ may be well known, and that faith which believes that sins are forgiven for Christ's sake be exalted far above works. This is why Paul also lays the greatest emphasis on this article, laying aside the Law and human traditions, in order to show that Christian righteousness is something other than such works—in other words, faith which believes that sins are freely forgiven for Christ's sake. But this doctrine of Paul has been almost wholly suppressed by traditions, which have produced the opinion that by making distinctions in meats and similar services, we earn grace and righteousness. In teaching repentance, faith was not mentioned. Instead only works of satisfaction were prescribed as repentance.

Pulling It Together: The phrase “distinction of meats” is only one aspect of what this article is dealing with, and includes a variety of abuses resulting from human traditions that would supersede the grace of God. The Lutherans insisted that they were under no such obligation to satisfy God since we are not forgiven by our works but instead, for Christ's sake alone. Justification with God is through faith in Christ's work, never by religious deeds. Religious distinctions obscure the doctrine of grace by faith. Therefore, Lutherans confess that righteousness is a free gift of God through faith in Christ, not from the keeping of human laws.

Prayer: Increase my faith in you, Lord, for your sake. Amen.

For centuries, the Apostle Paul's letters have instructed Christians in the faith. His epistles teach us right theology, remind us repeatedly of the centraility of the good news of God's grace expressed best in the life, death and resurrection of Jesus Christ, and relentlessly encourage us to follow and serve our God with passion. The Letters of Paul looks at all but one of Paul's 13 epistles and seeks to get at the heart of each one so that his message may inspire new hope, faith, and love in us today.

It seems man created these rituals to make himself fell better and not commanded of God.Thank you for the post. It is particularly relevent in this season.
2

Editing some old posts today, Mary, and came across this one. I see that I missed your comment way back in 2015! I hope you are doing well and will continue to pray that be so. Blessings to you and Mike as we go through the rest of Lent together and into Easter again, that blessed season from which you wrote four years ago.
Click Here For Content Archives