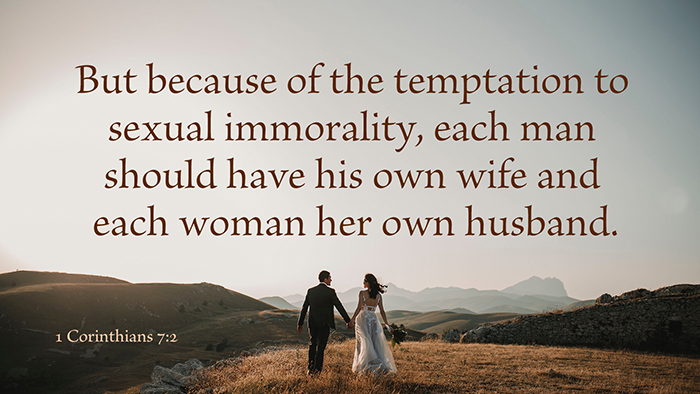 First, concerning marriage, Lutherans teach that it is lawful for those who are not suited for celibacy to marry, since vows cannot annul God's order and commandment. “Because of the temptation to immorality,” the commandment of God is that “each man should have his own wife and each woman her own husband” (1 Cor 7:2). It is the commandment, as well as the creation and order of God, that moves those to marry who are not excepted by a singular work of God, according to the text: “It is not good that the man should be alone” (Gen 2:18). Therefore, those who obey the command and order of God do not sin.

What objection can be raised to this? People may praise the obligation of a vow as much as they wish, yet they cannot annul the commandment of God. The Canons teach that vows are not binding against the decision of the Pope. How much less binding then are vows that are against the commandments of God.

Pulling It Together: The Lutherans at Wittenberg allowed those under vows to marry. Some had been placed under monastic orders by their families, and others by their own ignorance. Not only was the temptation toward immorality very great when celibacy was the duty of those who were not suited for that lifestyle, but the very order of God's creation and command were broken by these vows. Since the garden, God's order has been that man should not be alone. The Apostle Paul teaches that each person should marry, and in so doing, avoid sin. Who could object to that motivation? We might respect people who are called to such a lifestyle, as it gives them very much time for ministry and even contemplation. Yet, when this vow becomes compulsion and a striving against God's order and authority, human traditions are no longer valid.

Prayer: I rejoice with gladness and give glory to you, O Lord, for the marriage of the Lamb is coming. Amen.

Sola has certificates for all your services (Baptism, Baptismal Sponsor, First Communion, Confirmation, Marriage, and Membership). Sola Certificates are printed in color on heavyweight parchment paper, with a matching envelope to go with each certificate. The traditional 'half-sheet' size is perfect for inclusion in a picture album or scrapbook.