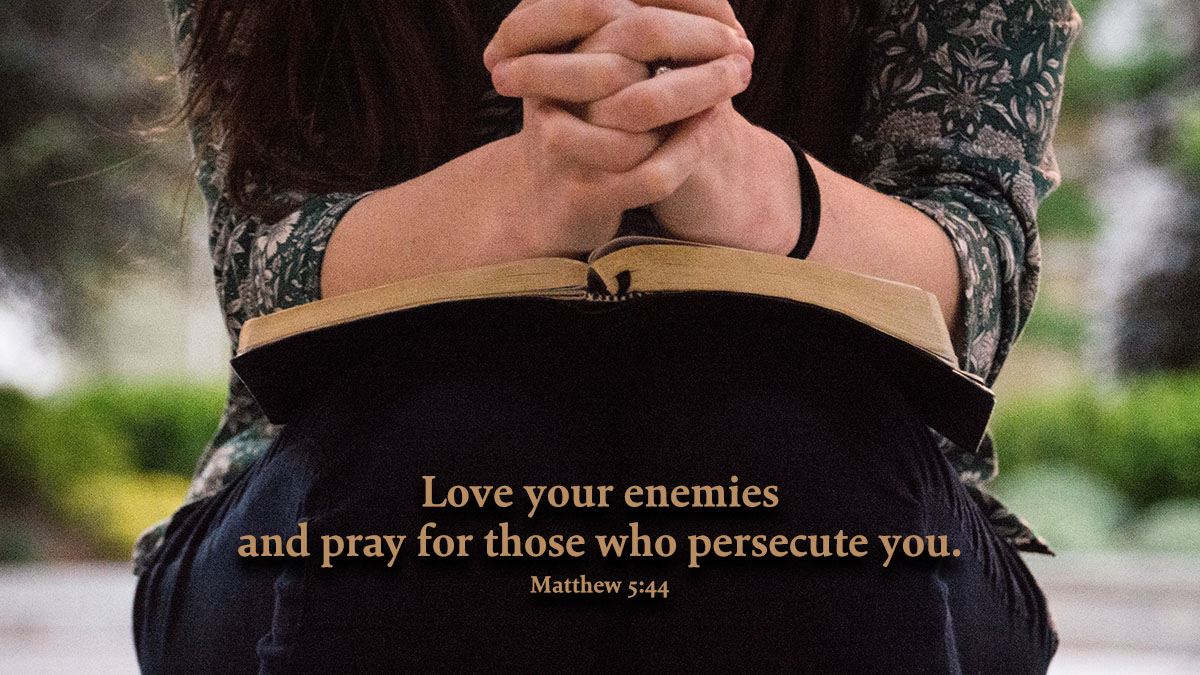 43 “You have heard that it was said, ‘You shall love your neighbor and hate your enemy.’ 44 But I say to you, Love your enemies and pray for those who persecute you, 45 so that you may be sons of your Father who is in heaven; for he makes his sun rise on the evil and on the good, and sends rain on the just and on the unjust. 46 For if you love those who love you, what reward have you? Do not even the tax collectors do the same?

You may say, shall evil go unpunished? What would be the result were all evil to be tolerated and covered up? Would it not encourage the wicked in their wickedness until life would not be safe to any one? It is truly the office of civil government and also of the father of every family to show anger against every evil, and to punish and restrain it. Every pastor and preacher, yes, every good Christian, is commissioned to admonish and censure when he sees a neighbor committing sin, just as one brother in a family should admonish another. But to be angry with evil and to inflict official punishment is a different thing from being filled with hatred and revenge, or holding ill will and be unforgiving.

Is it not inconsistent with the character of love to be angry and to reprove a neighbor when he is observed to sin; much rather love desires his improvement. Parents correct with a rod a disobedient and obstinate child, but do not cast it out and become enemies to it because of that disobedience. Their object is only to reform the child. So you may censure your brother when he sins, and manifest your displeasure and indignation, that he may perceive and confess his wrongdoing, but his obstinacy does not justify you in becoming his enemy, or in entertaining ill will toward him. He who truly loves will be distressed at a beloved neighbor wickedly trespassing against God and himself, but will not turn pale with hatred and revenge. True, when fervor and admonition fail to effect any reform, the sincere-hearted Christian must separate himself from his obstinate neighbor and regard him as a heathen; but he must not become his neighbor’s enemy, nor wish him evil.

Anger and censure prompted by sincere love are very different from the wrath, hatred and revengefulness of the world, which seeks only its own interests and is unwilling to tolerate any opposition to its pleasure. True love is moved to anger when a neighbor’s good demands it. Though not insensible to evil and not approving of it, it is yet able to tolerate, to forgive and cover all wrongs against itself, and it leaves untried no expedient that may make a neighbor better. Sincere love makes a distinction between the evil and the person; it is unfriendly to the former, but kind to the latter.