Many Functions
Scripture and a reading from Luther's sermons and devotional writings
Pastor Mark Ryman - January 24, 2022 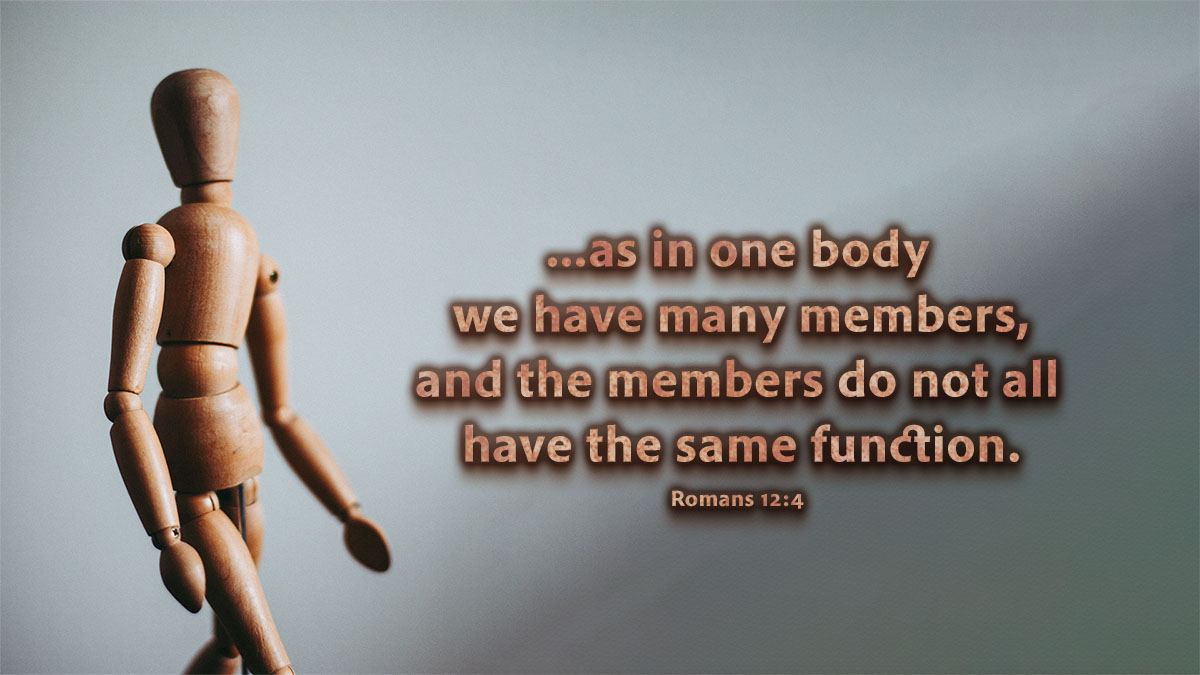 3 For by the grace given to me I bid every one among you not to think of himself more highly than he ought to think, but to think with sober judgment, each according to the measure of faith which God has assigned him. 4 For as in one body we have many members, and all the members do not have the same function, 5 so we, though many, are one body in Christ, and individually members one of another.

This apt and beautiful simile clearly teaches the equality of all Christians; that one common faith should satisfy all; that gifts are not to be regarded as making one better, happier and more righteous than another, in the eyes of God. All the members perform certain functions of the body because they are members of it; and no member has its place through its own efforts or its own merits. It was born a member, before the exercise of office was possible. It acts by virtue of being a member; it does not become a member by virtue of its action. It derives its existence and all its powers from the body, regardless of its own exertions. The body, however, exercises its members as occasion requires. The eye has not attained its place because of its power of seeing—not because it has merited its office as an organ of sight for the body. In the very beginning it derived its very existence and its peculiar functions of sight from the body. It cannot therefore boast in the slightest degree that by its independent power of seeing it has deserved its place as an eye. It has the honor and right of its position solely through its birth, not because of any effort on its part.

Similarly, no Christian can boast that his own efforts have made him a member of Christ, with other Christians, in the common faith. Nor can he by any work constitute himself a Christian. He performs good works by virtue of having become a Christian, in the new birth, through faith, regardless of any merit of his own. It is evident, then, that good works do not make a Christian, but Christians bring forth good works. The fruit does not make the tree, but the tree produces the fruit. Effect does not produce cause, but cause produces effect. Now, if good works do not make a Christian, do not secure the grace of God and blot out our sins, they do not merit heaven. One cannot secure it by his works, but by being a member of Christ; an experience effected through faith in the Word of God. None but a Christian can enjoy heaven.