Our Boast
Scripture and a reading from Luther's sermons and devotional writings
Pastor Mark Ryman - March 30, 2022 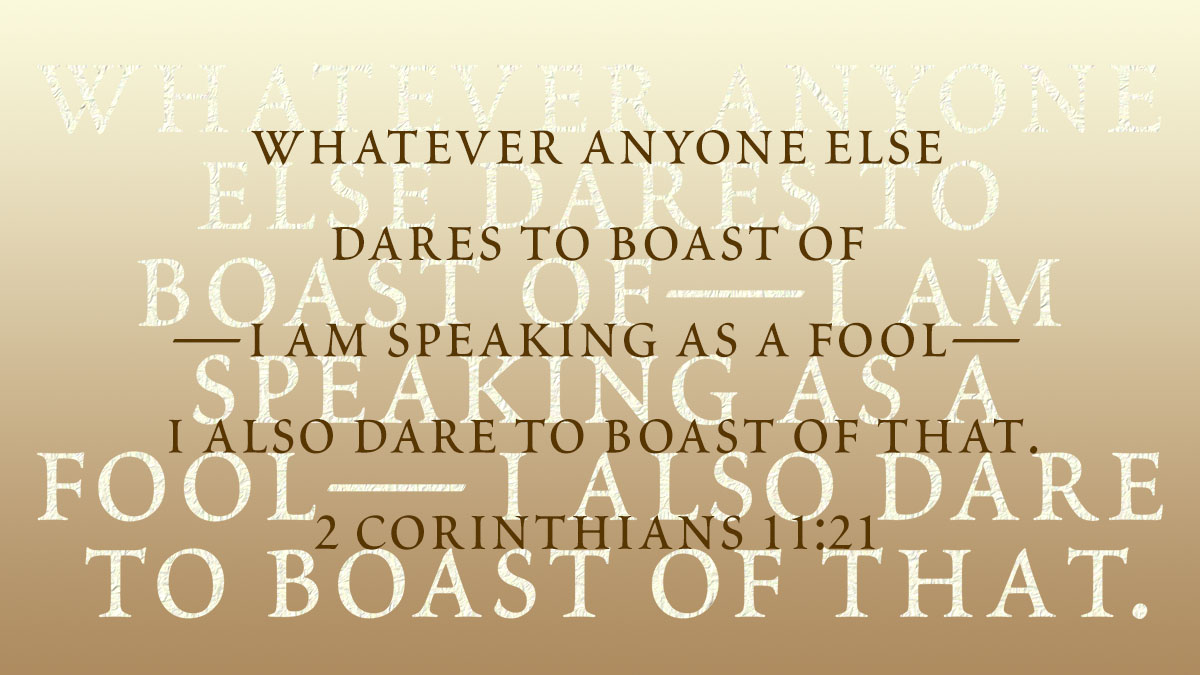 In whatever the false apostles can boast, Paul says, I can likewise glory. Here we are shown what is the ground of the false apostles’ boasting; their outward respectability — being of Abraham’s seed, children of Israel, Christ’s preachers. In these they think far to excel the Corinthians, claiming their doctrine and works to be of greater weight because they have Moses and the prophets for their teachers. But they failed to perceive that their boast is in mere externals, that render no one righteous or better before God. Names are of no consequence; they only make a fine show and serve to seduce the simple-minded. Paul boasts of his origin and yet derides his boasting, calling it fool’s work. His object is to destroy the boasting of the false prophets, that the people might not be deceived. Note how, even in Paul’s time, great men erred concerning the true sense of the gospel, and many noble preachers would have estimated Christian life by a merely external appearance and name. The true spiritual preachers must have been few. Should it be strange, then, that in our time sincere preachers are not numerous, and that the majority of ministers riot in what they themselves seem and do? It cannot and will not be otherwise. The thievish drones, which are prone to riot, let them riot! We will resist to the utmost of our power, commending the matter to God, who doubtless will grant us sufficient honor and profit, both temporal and eternal, though we must labor gratuitously, receiving injury and derision as our reward. Our adversaries will not long continue their persecutions, for, as Paul says just preceding our text, they will eventually receive their deserts.

Paul boasts of certain temporal afflictions in which he excels the false apostles, who suffer nothing for the sake either of the Word or of souls, but only boast of name and person. Among the afflictions he names having been a night and a day in the deep. Of other afflictions affecting not his own person, but distressing others, he mentions two: he is weak, if another is weak, and burns, if another is offended. Thereby he plainly portrays the ardor of his heart — the defects and sorrows of others pain him as his own.

Luther, Martin, and John Sander. Devotional Readings from Luther’s Works for Every Day of the Year. Augustana Book Concern, 1915, pp. 117–18.