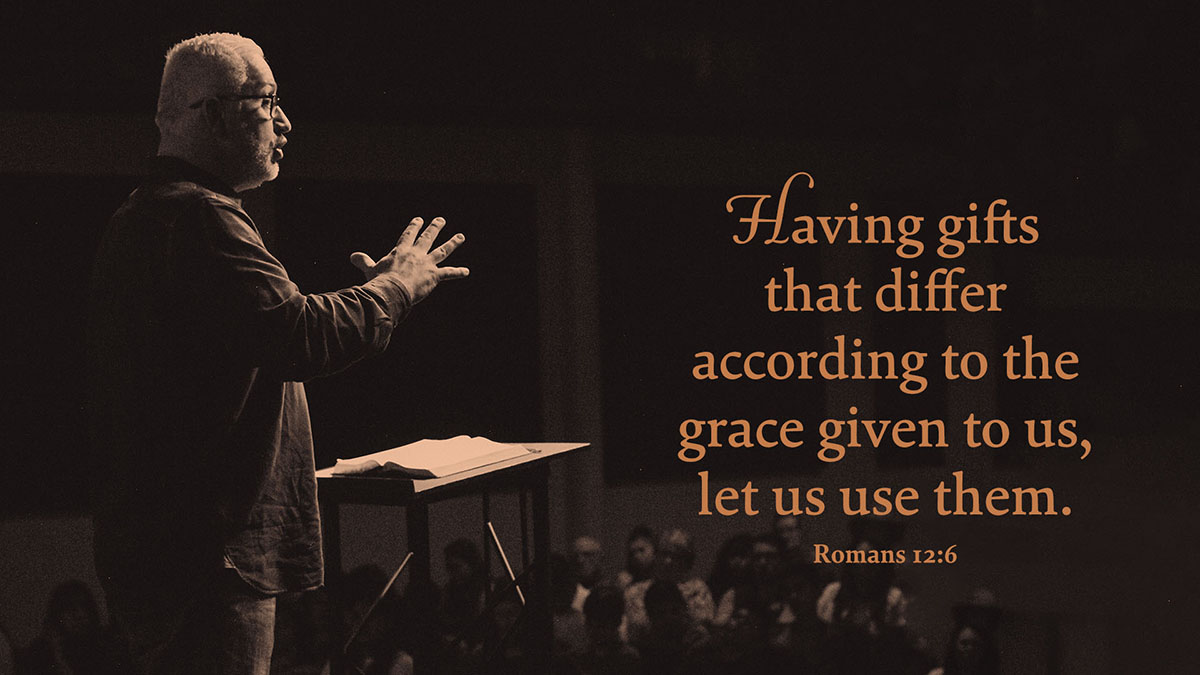 6 Having gifts that differ according to the grace given to us, let us use them: if prophecy, in proportion to our faith; 7 if service, in our serving; he who teaches, in his teaching; 8 he who exhorts, in his exhortation; he who contributes, in liberality; he who gives aid, with zeal; he who does acts of mercy, with cheerfulness.

Prophecy is of two kinds: one is the foretelling of future events, a gift or power possessed by all the prophets under the Old Testament dispensation, and by the apostles; the other is the explanation of the Scriptures. Now, the gospel being the last prophetic message to be delivered previous to the time of judgment, and to predict the events of that period, I presume Paul had reference here simply to that form of prophecy which is the explanation of the Scriptures. This form is common, ever prevails, and is profitable to Christians; the other form is rare. When he says prophecy must be according to the proportion of faith, it is plain enough that he does not refer to the foretelling of future events.

Paul does not attach so much importance to the prediction of future events. Such predictions, though they may gratify the curiosity of men concerning the fate of kings, princes and others of prominence in the world, are unnecessary prophecies under the New Testament dispensation. They neither teach the Christian faith, nor contribute to its strength. Hence this form of prophecy may be regarded among the least of God’s gifts. Nay, it sometimes proceeds from the devil. But the ability to explain the Scriptures is the noblest, the best prophetic gift. The Old Testament prophets derived their title to the name chiefly from leading the people of their day in the way of faith by explaining the divine Word. These things had much more to do with their title than the fact of their making occasional predictions concerning earthly kings and temporal affairs. The faith whereto their prophecies conformed is perpetual.

It is of much significance that Paul recognizes faith as the controlling judge and rule in all matters of doctrine and prophecy. To faith everything must bow. By faith must all doctrines be judged and held. You see whom Paul would make doctors of the Scriptures—men of faith and no others. These should be the judges of all doctrines. Faith is and must be lord over all teachers. Popes, councils and all the world, with their doctrines, must yield authority to the most insignificant Christian with faith, and his decision of their doctrines and laws is to be accepted. It is inconsistent to reject the judgment of him whom God himself teaches.