Proud of the Gospel
Scripture and a reading from Luther's sermons and devotional writings
Pastor Mark Ryman - January 29, 2022 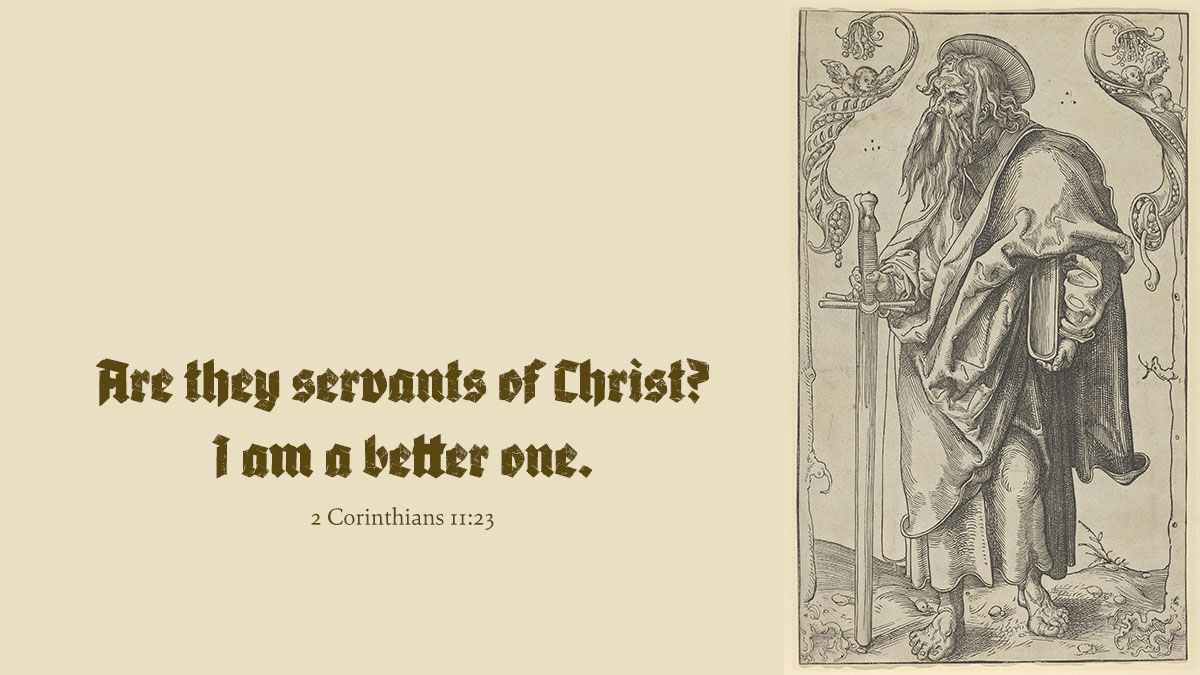 21 To my shame, I must say, we were too weak for that! But whatever any one dares to boast of—I am speaking as a fool—I also dare to boast of that. 22 Are they Hebrews? So am I. Are they Israelites? So am I. Are they descendants of Abraham? So am I. 23 Are they servants of Christ? I am a better one—I am talking like a madman—with far greater labors, far more imprisonments, with countless beatings, and often near death.

Paul acknowledges that he had to become a fool, something for which he had no desire, by reason of the necessity laid upon him to praise himself. The false apostles, as false spirits habitually do, delivered great, fine, splendid speeches to the multitudes in their vainglorious attempt to raise themselves above Paul, and to make him and his doctrine contemptible and insignificant. Paul was little concerned that he should personally be lightly esteemed and the false apostles highly honored, but he could not bear to have the gospel perish in that way and his Corinthian converts seduced. Therefore he exerts himself to the utmost, at the risk of becoming a fool by his boasting. But in his strong spiritual wisdom, he glories in a masterly way, and skillfully puts to shame the boasts of the false apostles. He shows them that he can glory in the very things in which they glory, and even more. At the same time he declares himself a fool for glorying. He wears the foolscap, that those coarse fools might have a mirror to behold themselves. This is wisely making foolishness minister to the good of the neighbor and to the honor of the gospel. To the just, even folly is wisdom, just as all things are pure and holy unto him.

Paul deals the false apostles a strong blow when he shows them to be ignorant of the grounds in which a true Christian seeks his glory. He teaches them that a Christian glories in the things of which other men are ashamed — in the cross and in his sufferings. The main point of the lesson is that in a preacher or a teacher no vice is more injurious and venomous than vainglory. The ministry is ordained to have as its aim the glory of God and its promotion, and the ministers must, for God’s glory, suffer reproach and shame. The world will not endure the Word. For him who seeks his own honor in preaching, it is impossible to remain in the right path and preach the pure gospel. Consequently he avoids striving for God’s honor; he must preach what pleases the people, what brings honor to himself and magnifies his skill and wisdom.