Revelation of the Divine
Scripture and a reading from Luther's sermons and devotional writings
Pastor Mark Ryman - August 10, 2022 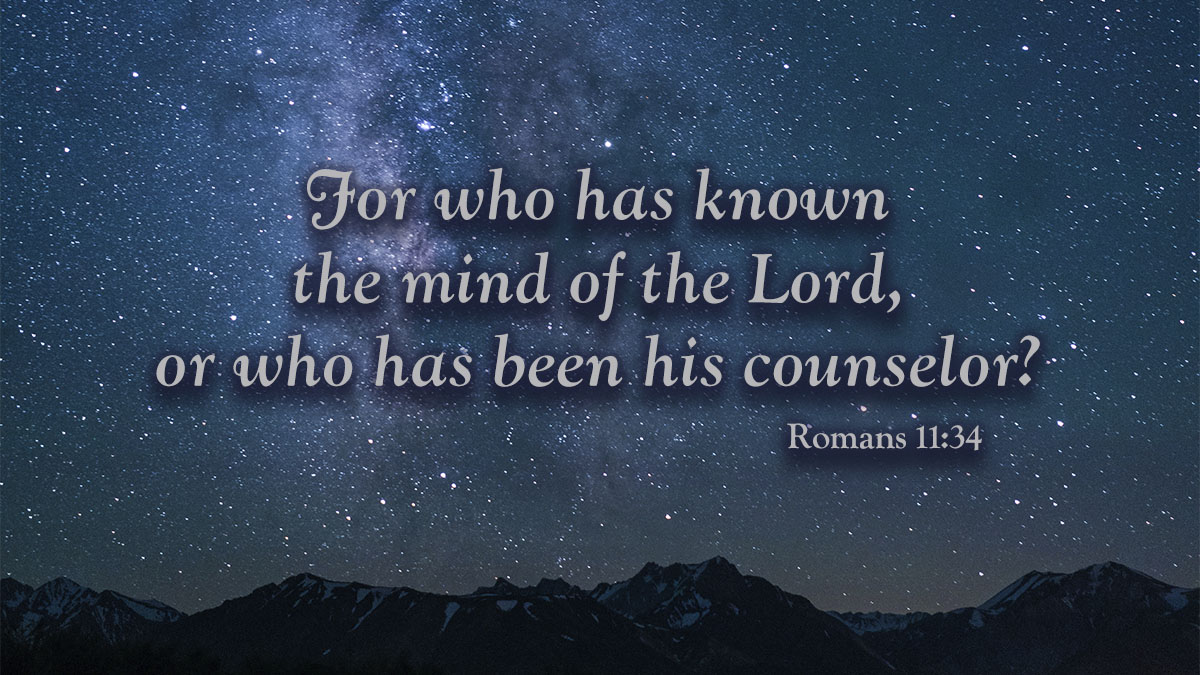 33 O the depth of the riches and wisdom and knowledge of God! How unsearchable are his judgments and how inscrutable his ways! 34 “For who has known the mind of the Lord, or who has been his counselor?” 35 “Or who has given a gift to him that he might be repaid?” 36 For from him and through him and to him are all things. To him be glory for ever. Amen.

The reason and wisdom of man go so far as to reach the conclusion, although feebly, that there must be one eternal being, who has created and who preserves and governs all things. Man sees such a beautiful and wonderful creation in the heavens and on the earth, one so wonderfully, regularly and securely preserved and ordered, that he must say: It is impossible that this came into existence by mere chance, or that it originated and controls itself; there must have been a Creator and Lord from whom all these things proceed and by whom they are governed.

But, even knowing this, we have not yet searched out or fathomed the exalted, eternal, divine essence of the Godhead. For even though I have learned that there is an only divine majesty, who governs all things, I do not thereby know the inner workings of this divine essence himself; this no one can tell me, except in so far as God himself reveals it in his Word. Now we Christians have the Scriptures which we know to be the Word of God. From these, and from no other source, we have obtained all that is known of God and divine works from the beginning of the world. And our knowledge is confirmed and proven by great miracles, even to the present day. These Scriptures declare that there is no God nor divine being save this one alone. They not only manifest him to us from without, but they lead us into his inner essence, and show us that in him there are three persons; not three Gods or three kinds of divinity, but the same undivided, divine essence.

Such a revelation is radiantly shed forth from the declaration of his divine counsel and will. In that counsel and will it was decreed from eternity and was proclaimed in his promises, that his Son should become man and die to reconcile man to God. This no angel nor any other creature could do; it must be done by God himself. It could not be done by the person of the Father, who was to be reconciled, but it must be done by a second person with whom this counsel was determined and through whom and for whose sake the reconciliation was to be brought about.

Luther, Martin, and John Sander. Devotional Readings from Luther’s Works for Every Day of the Year. Augustana Book Concern, 1915, pp. 282–83.