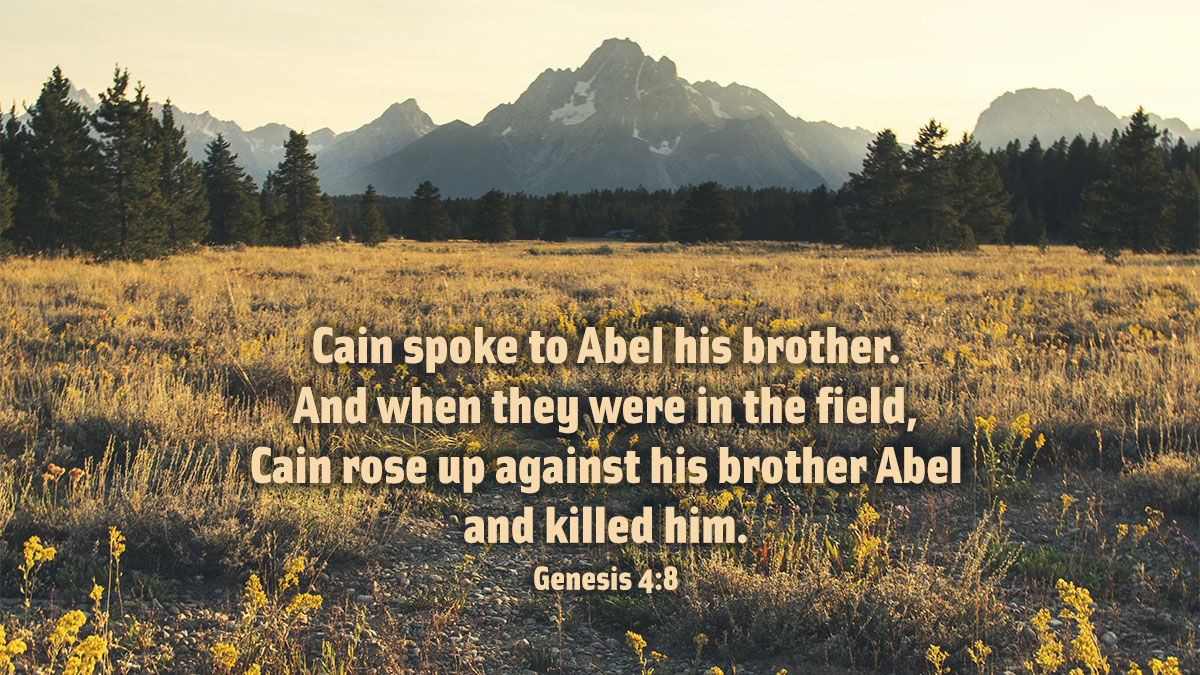 Cain said to Abel his brother, “Let us go out to the field.” And when they were in the field, Cain rose up against his brother Abel, and killed him.

Cain is the image and picture of all hypocrites and murderers, who kill under the show of godliness. Cain, possessed by Satan, hides his wrath, waiting the opportunity to slay his brother Abel; meanwhile he converses with him, as a brother beloved, that he might the sooner lay his hands on him unawares. Let us learn to know a Cain and to beware when he speaks kindly as a brother to brother. It is in this way that our adversaries talk with us in our day, while they pretend a desire for concord, and seek to bring about doctrinal harmony.

Our ministry at the present day deserves no blame. We teach, we exhort, we entreat, we rebuke, we turn ourselves every way, that we may recall the multitude from their self-security to the fear of God. But the world, like an untamed beast, goes on and follows not the Word, but its own lusts, which it tries to smooth over with a show of uprightness. The prophets and apostles are before us as examples, and our own experience is also instructive.

Learn then what a hypocrite is, namely, one who lays claim to the worship of God and to charity, and at the same time destroys the worship of God and kills his brother. All this semblance of good will is only intended to bring about better opportunities of doing harm. Light is cast here upon the bondage of Satan by which our nature, entangled in sins, is oppressed. Hence Paul speaks of the “children of wrath” and declares that such are taken captive by Satan. For nature, destitute of the Holy Spirit, is impelled by the same evil spirit which impelled wicked Cain. If, however, there were in any one those ample powers, or that free will, by which a man might defend himself against the assaults of Satan, these gifts would most assuredly have existed in Cain, to whom belonged the birthright and the promise of the blessed seed. All men are in that very same condition; unless our nature be helped by the Spirit of God, it cannot maintain itself.

Luther, Martin, and John Sander. Devotional Readings from Luther’s Works for Every Day of the Year. Augustana Book Concern, 1915, pp. 240–41.