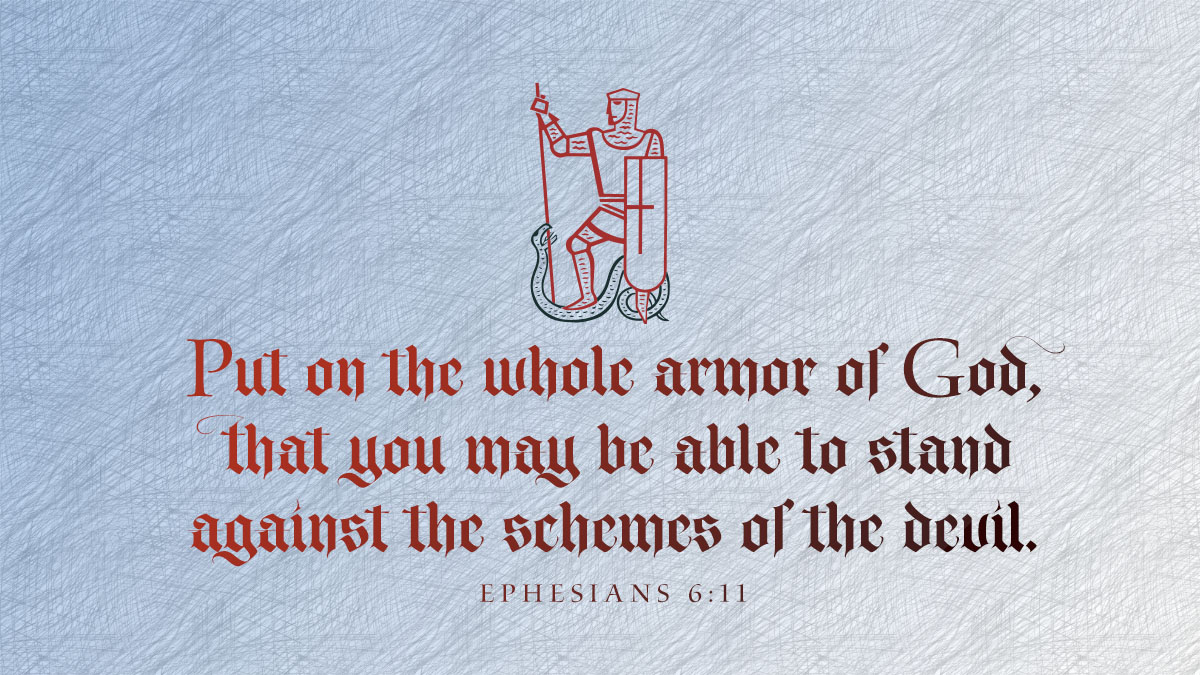 The devil neither sleeps nor rests, and consequently it is not safe for a Christian to fold his hands and be idle. He is to consider how he may fortify himself against the power of the devil; for he is not called the prince of this world in vain. He rules the world, howls and rages, and cannot bear that a Christian makes progress. For thereby a rupture is made in his kingdom and his net broken. Hence, wherever possible, he hinders the growth and development of the Christian life. When the fire of faith is kindled and burns, and the devil feels it and becomes aware of it, he immediately attacks it with all his cunning, for he knows how his kingdom is endangered by it. Therefore he endeavors to protect his kingdom with great zeal and exerts himself to retain all under his obedience. For that rogue has a sharp vision and easily becomes conscious of the presence of a true Christian. Therefore he tries to entrap him, surrounds and attacks him on all sides; for he cannot bear that any one should desert his kingdom.

On this account it is dangerous to live heedlessly, for the devil is likely to take us by surprise. This happens even to the great ones among the saints, who rightly apprehend the Word of God. When they think they stand securely, this rogue is behind them, strikes them down and wrestles with them until they are vanquished. This is what happened to the great men of God, to Moses, to Aaron and to the princes of Judah. They had an excellent faith, when they led the people out of Egypt, and all the people went in faith through the Red Sea, through the wilderness and through many wonderful experiences, in which they manifested their faith. At last they came to a point where they feared that they would have to die of hunger and thirst in the parched wilderness. Is it not a pity that after manifesting their faith in so many great trials, wrestling with them and overcoming them, they should allow themselves to be overcome by their belly and murmur against God, and be so fiercely attacked that they succumbed and allowed themselves to be overthrown by Satan. Hence no one is secure, unless his faith continues to grow stronger and stronger.

Luther, Martin, and John Sander. Devotional Readings from Luther’s Works for Every Day of the Year. Augustana Book Concern, 1915, pp. 369–70.